"Heavily-armed militants attacked security forces when they had on a routine patrolling at Bara area of Khyber agency," said a spokesman for the paramilitary 'Frontier Corps'.

Nine soldiers died at the scene and three others were injured, the spokesman said, adding the security forces returned fire and killed 16 militants. There was no independent confirmation of the killing of the militants.

Sources said a group of 30 to 35 militants attacked the security check post with rockets, hand grenades and automatic weapons.

No group has claimed responsibility for the attack. Tehrik-e-Taliban Pakistan and another militant group Lashkar-e-Islam are active in the area.

The security forces have launched several operations in Khyber agency and cleared most of the areas of the militants but they are still active in several areas. 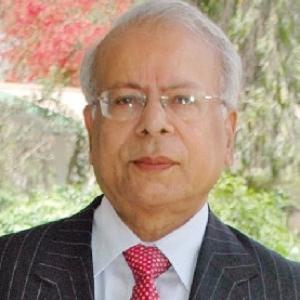 'Better India-Pak trade will be win-win for all'