A bus transporting 15 Indian fishermen released from a Pakistani jail met with an accident in Punjab province on Monday, causing minor injuries to four of them, officials said.

The Lahore-bound bus collided with a speeding truck at Jehanian, located 330 km from the capital of Punjab province, an official of the Highway Police Patrol said.

Four of the fishermen sustained minor injuries. The police took them to a nearby hospital where they were provided first aid, he said.

The fishermen had boarded the bus in Karachi on Sunday after being freed from a jail in the southern port city.

They were to be handed over to Indian authorities at the Wagah land border crossing on Monday.

Following the accident, their repatriation was put off till Tuesday, officials said.

Leading rights activist Ansar Burney, whose trust provided the bus that was transporting the fishermen, said arrangements were made to send them to Lahore in another vehicle.

"We will try to organise their repatriation to India as soon as possible so that the fishermen can celebrate Diwali with their families," Burney said.

Pakistan and India arrest dozens of fishermen every year for violating their maritime boundaries.

The fishermen sometimes languish in jail for months even after completing their prison terms.

After the two countries revived their peace process last year, after a gap of over two years in the wake of the 2008 Mumbai attacks, they took several steps to speed up the release of the fishermen. 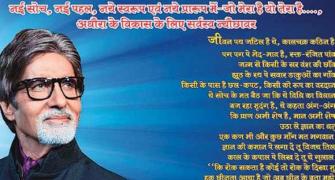 14 killed in fresh wave of violence in Karachi