Pak bizman charged with blasphemy over stir against film

A Pakistani businessman who refused to take part in protests against an anti-islam film has been slapped with blasphemy charges.

Haji Nasrullah, the businessman, has gone into hiding and the police are on a lookout for him. He went into hiding after the police registered a case against him under the blasphemy law on the complaint of some people who were part of the protest rally held on Wednesday.

Nasrullah, who owns a market at Hala Naka area off the Karachi-Hyderabad National Highway, is also the chairman of a local shopkeepers association and originally hails from Mohmand Agency.

"Nasrullah has been booked for blasphemy offence under sections 295-B and C on the complaint of Kachkol Khan and others," Munir Abbasi, a police officer at the Hatri police station in whose jurisdiction the protest rally was held, said.

Since the law was introduced in 1986, an estimated number of 1,280 people have been charged and reports say around 51 people who were accused of blasphemy were murdered before their trials were completed.

Prior to 1986, only 14 cases pertaining to blasphemy were reported. Human rights groups and civil society organisations often call for repealing it on the ground that it is badly misused, particularly against religious minorities for settling personal scores.

"Some protesters wanted shops at the Hala Naka area closed in protest against the anti-Islam movie to which Nasrullah objected," Abbasi said.

According to him, some shopkeepers reported the matter to a mufti in a nearby mosque.

"They alleged that Nasrullah used some very objectionable remarks against the Holy Prophet," said Azam Jehangiri a local leader who is associated with Maulana Fazal  Rehman's Jamiat-i-Islam.

Abbasi said that the shopkeepers had also produced witnesses to back their claims before a Mufti. Subsequently, Abbasi says, after a brief gathering in the area mosque, scores of outraged activists of religious parties and seminary students tried to attack Nasrullah's house, leading to a clash. 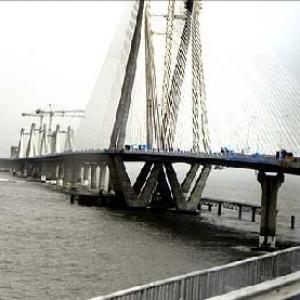 Saki Naka disaster could have been avoided