Pakistan military raised the white flag to retrieve bodies of its two soldiers along the Line of Control in Hajipir sector of Pakistan-occupied Kashmir after they were killed by the Indian security personnel during cross border firing, Army sources said Saturday.

The Indian Army on Saturday released a 1.47-minute video of the incident which showed Pakistan military personnel raising the white flag to retrieve the bodies of their soldiers.

On September 10-11, Indian troops killed a Pakistani Sepoy Ghulam Rasool of their Punjab Regiment in Hajipir sector of Pakistan-occupied Kashmir, the sources said.

They said the deceased soldier was a 'Punjabi Muslim' who belonged to Bahawalnagar in Pakistan's Punjab province.

Initially, Pakistani soldiers, under the cover of intense ceasefire violations, attempted to recover the body, but another Pakistani 'Punjabi Muslim' soldier was killed while doing so, the sources said.

After repeated attempts for two days, the Pakistani Army could not recover the bodies of their soldiers.

On September 13, Pakistan's Punjab Regiment soldiers raised the white flag and tried to recover the bodies, the sources said.

White flag is raised to signal peace and truce.

The sources said the Indian Army respects the dead and so permitted the Pakistanis to retrieve the bodies of their soldiers.

Earlier, the Pakistan Army had refused to take back the bodies of five to seven Pakistani intruders who were killed during an infiltration attempt by the Pakistani Border Action Team (BAT) team on the intervening night of July 31-August 1. 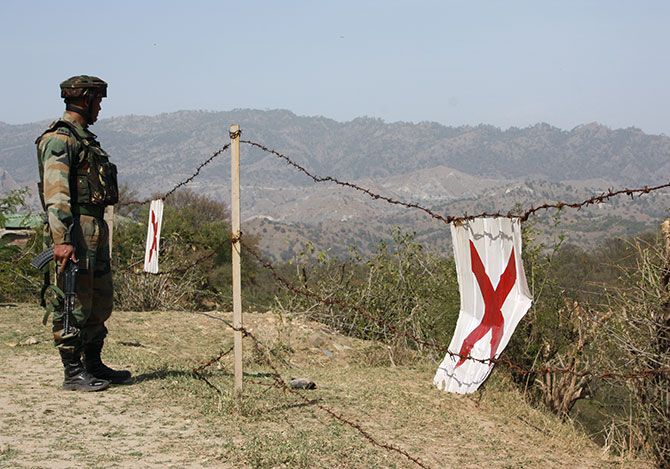