Pak allows NATO to transport supplies to Afghan by air

"Permission has been given for food items...Since the food items are perishable, we have allowed them to transport them by air to Afghanistan," Mukhtar said.

"We have told (NATO) to take the supplies out by air and don't bring more for the time being," he told reporters on the sidelines of a function in Islamabad.

The attack took Pakistan-US relations to a fresh low and Prime Minister Yousuf Raza Gilani ordered a parliamentary review as part of measures to frame new terms of engagement with the US and NATO.

Mukhtar said the government was waiting for the recommendations of the Parliamentary Committee on National Security, following which the foreign and defence policies will be reviewed.

Richard Hoagland, the Charge d'Affaires at the US Embassy who was present at the same function, said Washington was anxiously awaiting the outcome of Pakistan's parliamentary review of bilateral relations.

"Pakistan is going to reshape its foreign policy after a review of its relations with the US in parliament and we are looking forward to the outcome of this debate," he said.

The two countries have a history of relations stretching over 64 years and the US is committed to continue its ties with Pakistan on the basis of mutual interest and trust, he said.

Hoagland said the ties between the countries were like a relationship between two individuals that often saw ups and downs. He expressed confidence that both sides were committed to enter a new era of bilateral relations. He expressed regret at the death of 24 Pakistani soldiers in the NATO air strike. "It was a terrible incident which should not have happened," he said. 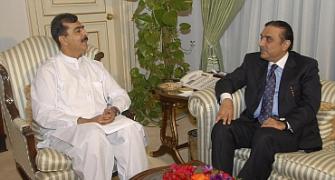 Has Gilani been made a scapegoat to hide Zardari's graft? 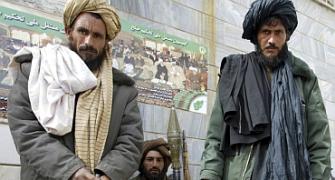