The Padma Award ceremonies scheduled to be held on March 26 and April 3 have been postponed in view of the coronavirus outbreak, officials said on Saturday. 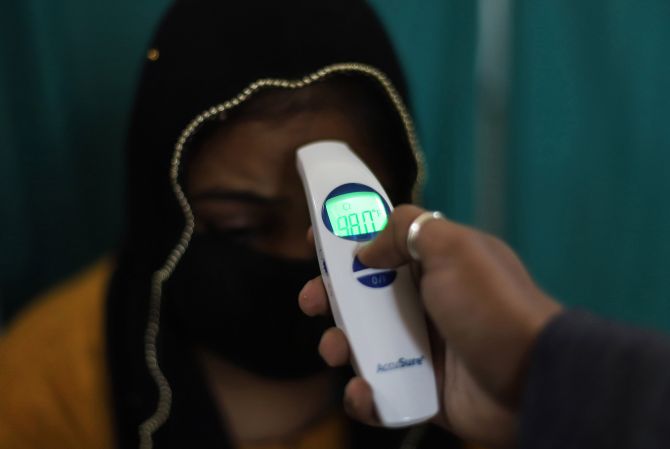 IMAGE: A medic conducts screening of a patient as part of a precautionary measure for novel coronavirus (COVID-19) outbreak, at a government-run hospital in New Delhi, on Saturday. Photograph: PTI Photo

The Padma Awards, one of the highest civilian honours of the country, are conferred in three categories -- Padma Vibhushan, Padma Bhushan and Padma Shri.

The Padma Awards were announced on the eve of Republic Day.

This year, the President has approved conferment of 141 Padma Awards, including four duo cases (in a duo case the award is counted as one).

Among those named for the Padma Vibhushan this year are former Union ministers Arun Jaitley, Sushma Swaraj and George Fernandes (all posthumous).

The awards are given in various disciplines and fields of activities like art, social work, public affairs, science and engineering, trade and industry, medicine, literature and education, sports, civil service, etc.

These awards are conferred by the President at ceremonial functions held at the Rashtrapati Bhavan. 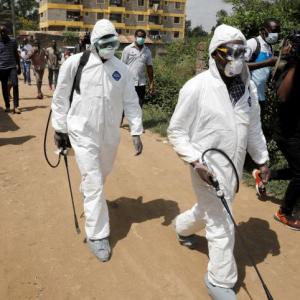