Saudi Arabia has allotted a quota of 1.7 lakh pilgrims from India for Hajj this year, even as New Delhi made a formal request for an additional 10,000 slots.

According to the Indian consulate in Jeddah, Minister of State for External Affairs E Ahamed called on Saudi minister of Hajj Bandar Bin Mohammed Al Hajjar on to discuss the arrangements for this year's Hajj and to sign the Annual Bilateral Hajj Agreement. The request for an additional quota of 10,000 has been made considering the likelihood of a large number of applicants for Hajj in India this year, officials said.

The two leaders also exchanged views on the arrangements made during Hajj last year. They also discussed ways to improve arrangements being made this year.

During the meeting, Ahamed was accompanied by Hamid Ali Rao, Ambassador of India to Saudi Arabia, and Consul General of India Faiz Ahmad Kidwai.

The minister also had a meeting with Rafat Badr, vhairman, South Asian Moassassa in Mecca, to discuss arrangements for the annual pilgrimage.

Ahamed also reviewed hiring of accommodation for Indian pilgrims, with 25,000 units having already been hired in the Green category in Mecca. 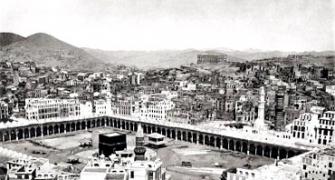 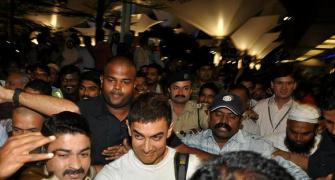 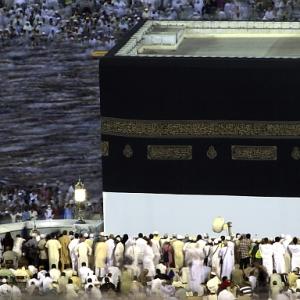 On a pilgrimage to Mecca for Haj In PHOTOS: On Haj in the midst of Arab Spring