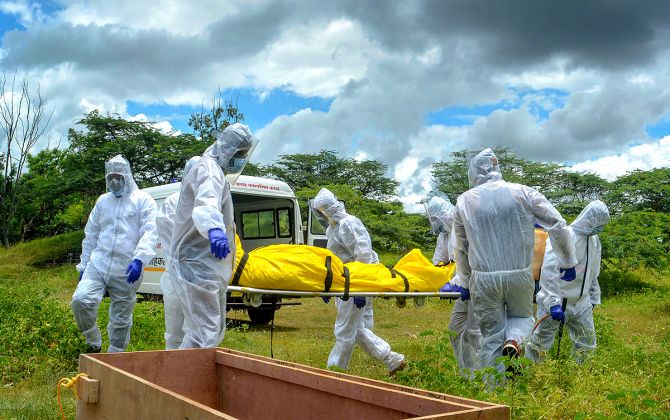 IMAGE: Municipality workers and family members wearing protective suits carry the body of a person who died of COVID-19 for the burial at a graveyard, in Karad. Photograph: PTI Photo

The recovery rate among COVID-19 patients was recorded at 64.53 per cent, while the fatality rate further dropped to 2.15 per cent, the data stated.

This is the third consecutive day that COVID-19 cases have increased by more than 50,000. The total number of confirmed cases also includes foreigners. 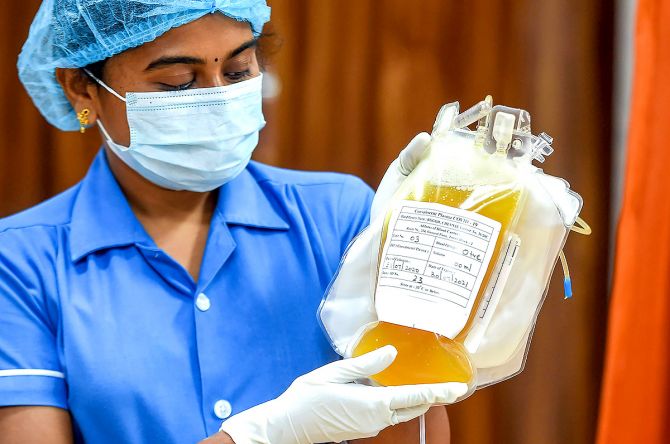 Ten fatalities have been reported from Madhya Pradesh, eight from Odisha, four each from Assam, Haryana and Uttarakhand, three each from Goa, Jharkhand, Kerala, two from Chhattisgarh while Andaman and Nicobar Islands, Chandigarh, Manipur and Puducherry recorded one fatality each. 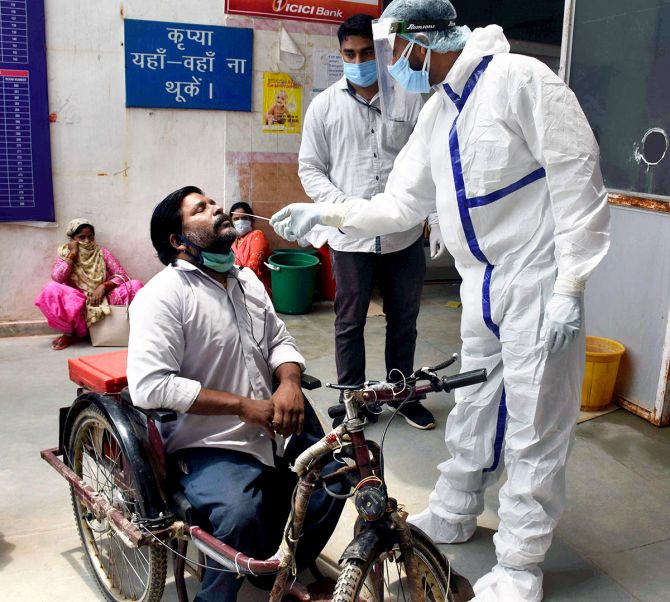