Our democratic tradition goes back thousands of years: Modi @ UNGA

Prime Minister Narendra Modi on Saturday said that he represents a country which is proud to be known as the mother of democracy, and cited his own rise from a tea seller at a railway station to that as prime minister to underscore the strength of India's democracy. 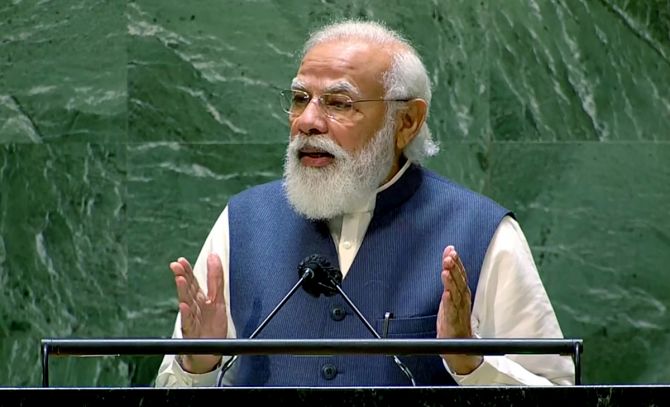 Addressing the high-level United Nations General Assembly session, Modi said: ”We have had a great tradition of democracy that goes back to thousands of years.”

”I represent a country that is proud to be known as the mother of democracy. On 15th of August this year, India entered into the 75th year of its independence,” he said.

”Our diversity is the identity of our strong democracy,” he said.

It is a country that has dozens of languages, hundreds of dialects, different lifestyles and cuisines. This is the best example of a vibrant democracy, Prime Minister Modi said.

”The strength of our democracy is demonstrated by the fact that a little boy who at one time used to help his father at his tea stall at a railway station is today addressing the United Nations General Assembly for the fourth time as prime minister of India,” he said.

”I will soon have spent 20 years serving my countrymen as head of government. First, as the longest serving chief minister of Gujarat and then as the prime minister for the last seven years,” Modi said, adding that democracy has delivered. 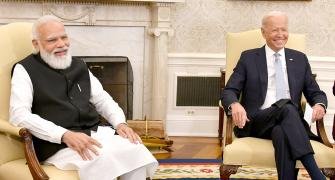 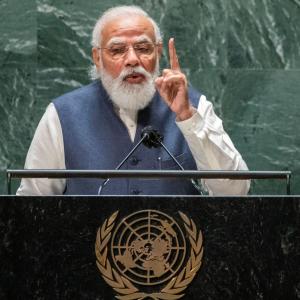