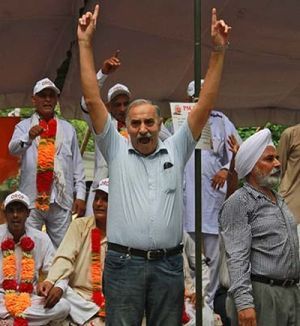 Stepping in to pacify agitating ex-servicemen over the 'One Rank One Pension' issue, Prime Minister's Office on Tuesday held talks with representatives of the protesters who have agreed not to escalate their agitation for next 10 days.

The meeting with Prime Minister's Principal Secretary Nripendra Misra at the PMO came on a day when a third veteran joined the fast-unto-death at Jantar Mantar, where the ex-servicemen have been protesting for 65 days demanding early implementation of OROP.

"We met Nripendra Misra in the morning. He stressed that normalcy should be restored. Asked what he meant by that, he said the fast-unto-death should be called off. We told him that if there is a concrete assurance, we will stop it," Lt Gen Balbir Singh (Retd), President of Indian Ex-Servicemen Movement told PTI.

He said that since a round of talks have already been held with Defence Minister Manohar Parrikar, who had sought 10 days time to discuss the issue with prime minister, "there won't be any escalation of protest for ten days".

Maj Gen Satbir Singh (Retd), who along with Lt Gen Balbir met Misra in the morning for an hour said they have made it clear that definition of OROP will remain the same.

"We have also sought an assured date for implementation of OROP and the date of effect will remain April 1, 2014, as was decided by the government," Satbir told PTI.

Col Anil Kaul (Retd), media advisor to United Front of Ex-Servicemen, said Misra had stressed that the three who have gone on a fast-unto-death be requested to not go ahead.

"We told him that it was an individual decision and members are trying to pursue them to call off their fast," he said.

Modi had on August 15 reiterated his government's commitment towards the OROP but refrained from giving a time frame on its implementation.

The Centre has maintained that the scheme will be implemented as soon as the technical difficulties are resolved.

On Monday, 10 former Service Chiefs had written to the prime minister pressing for expeditious resolution of the OROP issue.

In a statement, UFESM said their advisory council had met Parrikar on August 16 at his residence over the issue.

"He advised us to postpone fast-unto-death till August 24 as he would meet with the prime minister on August 23 and would attempt to get the solution to this vexed problem," the statement said.

It added that the advisory council had counselled the veterans to delay the fast-unto-death, but they were determined to go ahead because of "total neglect of government to ex-servicemen problems".

Meanwhile, Delhi Police, which had come under fire for the manner in which it tried to evict protesters on the eve of Independence Day citing security concerns, on Tuesday apologised to the agitating ex-servicemen for their action.

Joint Commissioner of Police (New Delhi) M K Meena went to the protest venue and apologised for the August 14 crackdown which had triggered strong political reaction as well as outrage among the former soldiers, a gesture appreciated by the protesters.

Sources said Delhi Police's apology came after the Home minister sought details about the police action. He also directed it to reach out to the agitators.

"On August 14, misunderstanding had taken place. We have discussed the issue in detail. At times some confusion takes place. We will try to mend. Our intention was not to hurt the soldiers," Meena, flanked by a number of ex-servicemen, told reporters.

He said Delhi Police respects the ex-servicemen and that it will ensure their protection. 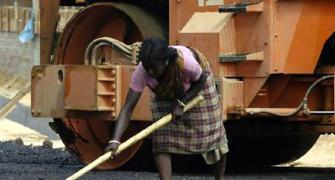 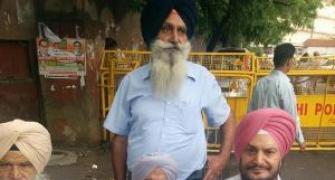 Third veteran on fast-unto-death over delay in OROP 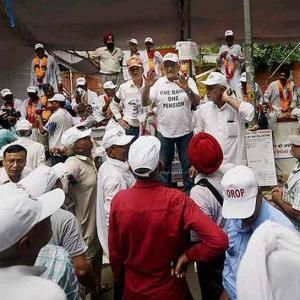 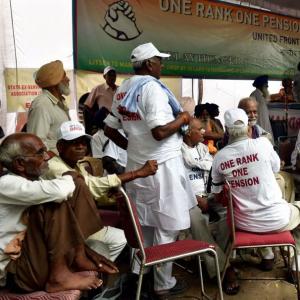