Orlando shootout: US Embassy lights up in solidarity with LGBT community

The US Embassy in New Delhi on Monday lit up its building with rainbow colours to show solidarity towards the LGBT community in the wake of an attack on a gay nightclub in Orlando which left 50 dead. 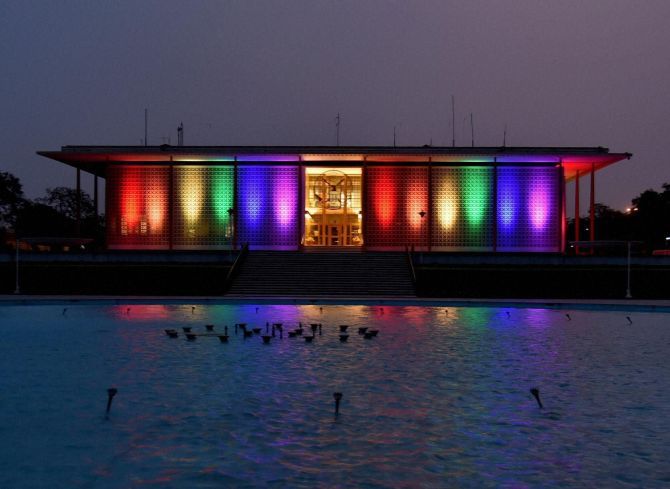 The embassy will also raise the rainbow flag along with the American flag following the mourning period for the victims of the Orlando attack.

"The US stands firmly by the principles of equality for all, including members of the lesbian, gay, bisexual, transgender and intersex community.

"It is in this spirit, and in celebration of June's LGBTI Pride month, that the US Embassy is lighting the Embassy building in the iconic colours of the LGBTI movement," said Michael Pelletier, Charges d' Affaires at the US Embassy in New Delhi in a statement.

"We will raise the rainbow flag with the American flag, once the American flag has been raised to full-staff following the mourning period for the victims of the Orlando attack," Pelletier said.

Quoting US President Barack Obama, the statement said, "In the face of hate and violence, we will love one another. We will not give into fear."

Forty-nine people and a heavily-armed gunman died when he opened fire and held hostages at a gay nightclub in Orlando, Florida, police said in the worst mass shooting in US history.