Civic workers sprayed gallons of insecticide and farmers beat 'thalis' and played loud music in several areas of Rajasthan, Madhya Pradesh, Maharashtra and Uttar Pradesh to drive away swarms of locusts amid their worst invasion in years, reports said.

Authorities in Delhi, Haryana, Himachal Pradesh, Telangana and Karnataka too sounded alerts Thursday to the possibility of locusts entering their territories even as United Nations' Food and Agriculture Organisation (FAO) warned that the pests could reach as far east as Bihar and Odisha in the coming weeks.

Karnataka set up a committee to examine the threat while saying that the chances of the insects flying into the state are remote.

The swarms entered Rajasthan last month from Pakistan and then spread to areas across the western states, helped by strong winds.

About 90,000 hectares in 20 Rajasthan districts are affected by the locust attack, Om Prakash, Commissioner at the state's Agriculture Department, said Thursday.

He said the department carried out locust control operations over 67,000 hectares in Rajasthan.

In Sonbhadra, a swarm Wednesday reached Bemauri village in Ghorawal tehsil, where a team from the Agriculture Department sprayed chemicals till late night, killing a large number of insects.

There was little damage as there are no standing crops right now, District Agriculture Officer Piyush Rai said.

Several other UP districts remain on alert.

The locusts then crossed the Bawanthadi river, reaching Balaghat.

"Our staff in the border area is keeping a watch on the locust movement in case they re-enter Maharashtra," he said.

A Maharashtra agriculture department team had rushed to Temani village in Bhandara district in the early hours of Thursday and sprayed pesticides from two fire tenders on trees over a one-kilometre radius.

"Pesticides were sprayed and by morning, a large number of them had fallen off the trees and died," Bhosle said.

"Mango trees were affected the most. They devoured leaves but not the fruit. Also, no damage was seen in paddy fields," he said.

Palghar district authorities too have asked farmers to be on alert.

The FAO, meanwhile, warned that the invasion could continue for weeks.

'Several successive waves of invasions can be expected until July in Rajasthan with eastward surges across northern India as far as Bihar and Orissa, followed by westward movements and a return to Rajasthan on the changing winds associated with the monsoon,' it said.

In the past few days, there have been movements of adult groups of locusts in India, Oman, the UAE, and Uganda, it said.

Swarms are forming in the spring breeding areas and migrating east to the Indo-Pakistan border ahead of the monsoon rains.

FAO Director General Qu Dongyu had on May 22 warned that efforts to control desert locusts will take time.

"Our gains have been significant, but the battle is long and is spreading to new areas. It is clear that we cannot declare victory yet. Upsurges of this magnitude are rarely defeated in a few months," he said.

In the coming months, desert locusts will continue breeding in Ethiopia, Kenya and Somalia. New swarms will form in June and migrate to Sudan through South Sudan and pose a risk to the Sahel in West Africa.

"The locusts, combined with the impacts of COVID-19, could have catastrophic consequences on livelihoods and food security," the FAO head said. 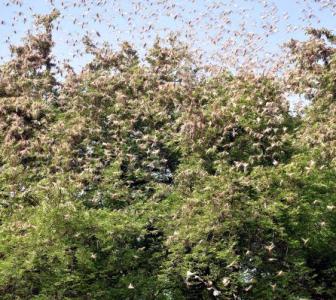 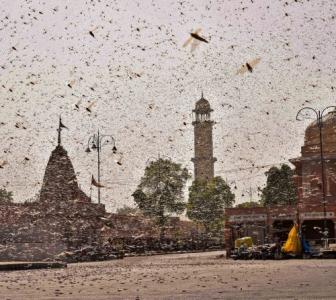 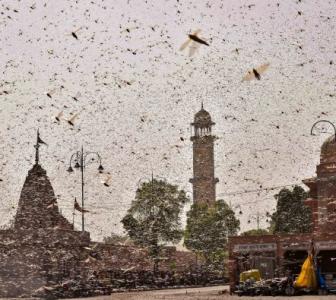 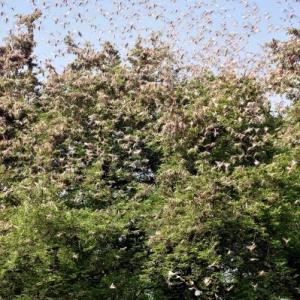