Anna Hazare's campaign loomed large over the Lok Sabha on Wednesday with the Opposition targeting the government over the issue of corruption, warning that the country was sitting on a volcano which could explode if the political class failed to get its act together.

Singling out the Congress-led coalition for attack, the Opposition wanted the government to realise that whatever was happening at Ramlila Maidan showed that people had become alert and angry over corruption.

Leading the Opposition charge, senior Bharatiya Janata Party leader Murli Manohar Joshi dubbed the coalition as the "government of the corrupt, by the corrupt and for the corrupt", alleging that the government has "born out of sin" of the cash-for-vote scam of 2008.

Referring to the series of scandals, Joshi told Prime Minister Manmohan Singh, who was present during the special discussion on corruption, "I am not ready to agree that you did it (allowed corruption) deliberately. But it shows how much you have been misguided. Why do you hesitate in identifying the corrupt? When you try, your ministers try to cover up".

"So, you should first accept that mistakes have been committed and then take corrective measures so that the faith of the people in the parliamentary system is restored", Joshi said.

Agreeing that there was corruption in the country in various walks of life, Congress member K S Rao added that it was because of the "guts" and "courage" of the prime minister and his government that a minister and an MP, both belonging to a coalition partner, have been sent to Tihar Jail even though there was a risk of losing power.

Backing Hazare's crusade, the Opposition declared that the people have the right to protest and their anger against corruption is "fierce and fair" because the government wanted a "Sarkari Lokpal".

Initiating a short discussion on growing incidents of corruption in the country, Leader of the Opposition in Rajya Sabha Arun Jaitley accused the United Progressive Alliance government of acting like a child in handling the agitation of civil society led by Hazare.

Amidst disruptions by Congress members, Jaitley said the government had lost the moral battle since it wanted to control appointment of the Lokpal.

He said most of the proposals of the civil society like inclusion of the prime minister, judicial accountability and public grievance redressal mechanism are reasonable.

If there is still no agreement, the "will of Parliament will prevail," he said. However, most of the proposals of the civil society can be made "compatible with the Constitution".

He asked the government to have a "serious re-look" at its Lokpal Bill.

Finding faults with the handling of the civil society activists, Jaitley said, "You led them up to a garden path, then suddenly dumped them. Now they do not trust you anymore."

The prime minister and the government were helpless in handling the situation, he said. "Can we blame the people? At the end of the day, public opinion is fierce and fair. They have a right to protest and crusade, we must not curtail their right nor should we behave like a child and say we will not talk to you," he remarked. 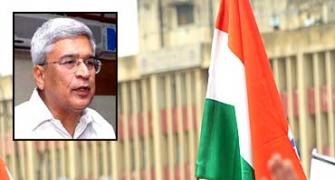 Karat's take on Anna: Govt must bow down to public 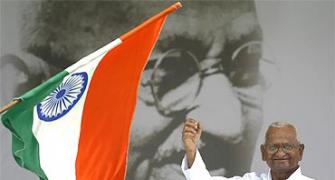 I will fight till my last breath: Anna Hazare
Lokpal bill may go only if all-party meet agrees REVEALED: How govt FINALLY reached out to Hazare 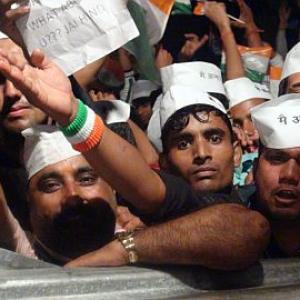