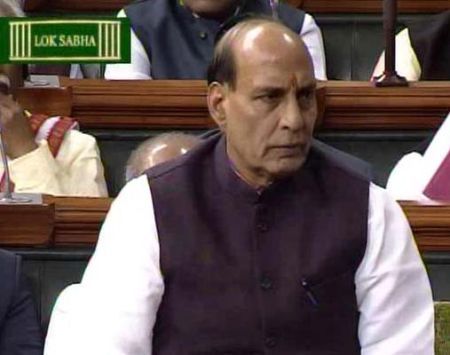 Citing the incidents in the Jawaharlal Nehru University and the Patiala House court, the opposition led by the Congress on Thursday slammed the government in Rajya Sabha and alleged that law and order in Delhi had deteriorated, a charge rebutted by Home Minister Rajnath Singh who patted the back of the police for handling the two cases.

The opposition parties questioned slapping of sedition charge against some students of the JNU and alleged that attempts were being made to save the perpetrators of violence in the Patiala House court, claiming that the Delhi police was a "party" to the incident.

"The incidents which happened during the last few days were handled by the Delhi police in a professional manner. Therefore, I am not in agreement that the law and order situation in Delhi has deteriorated during the recent past," Singh said while replying to a debate on calling attention motion on 'complete breakdown of law and order in Delhi'.

The home minister said that the police acted as per law in the anti-national and anti-constitutional incidents in the JNU. "A group of students in the university tried to vitiate the atmosphere but it remained limited to the university premises," he said.

He added that "the Delhi police, while exercising restraint in the Patiala House court premises, did not use force because there was a full possibility of stampede due to limited space in the court premises and use of tear gas would have interfered with the working of the court."

Earlier, Leader of Opposition Ghulam Nabi Azad questioned how a "doctored video" in the JNU case could be the basis for slapping sedition charge when real videos of violence in the Patiala House court leads to only "FIR and bail within 30 minutes".

He was referring to the arrest of BJP MLA O P Sharma and two lawyers by the Delhi police in connection with violence at the court. All the three were given immediate bail.

Rajnath Singh said, "What happened at the Patiala House court was very sad and I condemn it again. No wise person will support it....I will only say that action has been taken. FIR has been registered."

Azad said the "The police was party to it. How can they take action?"

With regard to Azad's contention that weak charges have been pressed against Sharma and two lawyers, Singh asked, "Will the home minister decide what sections have to be applied."

Singh said on the day of violence itself, he had spoken to Delhi Police Commissioner B S Bassi and asked him to take strict action.

When the opposition took a dig at him saying that the perpetrators of violence at the Patiala House court are out in the open, the home minister said, "Only court can decide if they are in jail or out. We have never interfered with the police investigation and I will never interfere in the future also".

Amid repeated questions on the sections registered against the trio, Singh said "all sections which were applicable have been registered".

He later read out the sections under which the FIR was registered. He also said that there is an FIR pending probe also in which more people and sections could be brought in.

Amid slogans that weak sections have been imposed, Azad stood up and said, "We are not satisfied. They are being saved. We are walking out".

The Congress, including former Prime Minister Manmohan Singh, along with the Left then walked out.

Earlier, the home minister vehemently supported the Delhi police on the overall law and order situation in the country saying, "The Delhi police is doing all it can".

He said that the Delhi police has multi-dimensional responsibility and it will be injustice to them to say they are not doing their job.

Singh said that the Delhi police was world's largest metropolitan police, managing a state which has a population of over 1.80 crore along with about 40 lakh of people coming in for work and going back on a daily basis.

For ensuring safety of the women, he said he has stressed on the need to have at least 33 per cent of police personnel being women besides use of modern technology.

He said another issue was registration of FIRs which has almost doubled in the NDA rule.

"Does this mean that crime has doubled since the time we came? It means that all FIRs are being registered. Had the Delhi police being allowed to function like earlier, these FIRs would not have been registered," Singh said.

He said there is truthful and fair registration of FIR by the Delhi police.

Earlier, while making a statement on behalf of his senior, Minister of State for Home Affairs Kiran Rijiju denied any deterioration of law and order in the national capital saying that the Delhi police was performing "efficiently and patiently."

"I am not only satisfied with its performance but would also like to compliment and thank 60,000 personnel of the Delhi police and it is their toil and 24x7 labour which ensures that the city remains peaceful," he said. 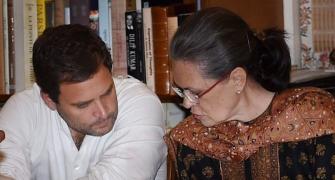 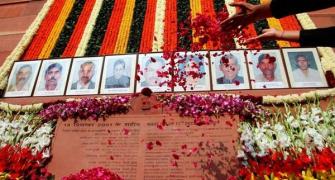 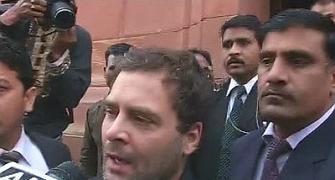 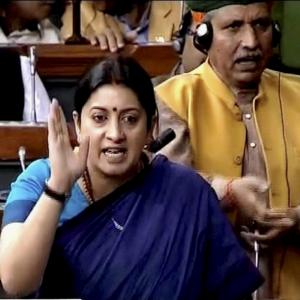 Irani takes on opposition, says she is being targetted 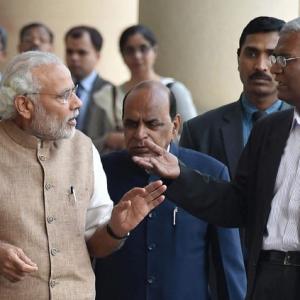