Prime Minister Narendra Modi on Tuesday said a conspiracy is afoot to confuse farmers over the new agri laws and accused the opposition of using farmers' shoulders to fire their guns. As the protest by farmers outside Delhi entered the 20th day, Modi made a strong pitch for the agri laws enacted in September, describing them as historic and said his government was ready to remove any doubts about the legislations.

Without taking names, Modi, on a day-long visit to Gujarat, said opposition parties who are supporting the protest, when in power, were in favour of similar reforms in the agriculture sector.

To buttress his point, Modi gave the example of two sectors in Gujarat, his home state, which flourished without government intervention.

He said dairy and fisheries sectors in the state grew exponentially without much intervention of the state government as the business is mainly handled by co-operative sector leaders and farmers.

"In other parts of the country too, milk producers and the co-operative sector have created a successful supply chain. Similarly, governments do not have any significant control on the trade of fruits and vegetables.

"I am giving these examples because a conspiracy is afoot to confuse farmers who have gathered near Delhi at present," Modi said.

He was speaking at a function in Dhordo after performing virtual stone laying ceremonies for three projects in Kutch district - a hybrid renewable energy park, a desalination plant and a milk processing and packing unit.

He accused the opposition of using "farmers' shoulders to fire their guns".

"I am confident that progressive farmers will defeat those who are doing politics, spreading falsehood and using farmers' shoulders to fire their guns," Modi said.

"A sense of fear is being injected into their minds. Farmers are told that their land will be grabbed by others if the new farm laws get implemented.

"I want to ask you. Did the dairy owner take your cattle because you are selling milk to him? Has anyone taken your land or property for entering into a contract to sell your fruits and vegetables," he said.

The country is asking why the freedom enjoyed by cattle rearers in the dairy sector is not provided to small and marginal farmers growing cereals and lentils, the PM said, strongly backing his agri-marketing laws whose passage has triggered protests by peasants who are camping outside Delhi.

"Demand for farm sector reforms which we brought recently was very old. Many farmer bodies have demanded since long that farmers should be given freedom to sell their produce anywhere they want.

"Those in opposition were in favour of these reforms when they were in power" said Modi.

"But, they failed to take any decision when in power. They only gave hollow promises to farmers.

"Now, when the country has taken this historic step, these very people are spreading falsehood. I want to reiterate that my government is ready 24 hours to resolve all your doubts," said Modi.

He said farmers' welfare has been a top priority for his government, which always worked to reduce farming costs to give cultivators new options to increase their income.

Modi said farmers from each and every corner of the country have welcomed the farm laws and given "blessings" to the government over them.

Farmers, most of them from Punjab and Haryana, have been protesting outside Delhi against the Farmers (Empowerment and Protection) Agreement of Price Assurance and Farm Services Act, 2020; the Farmers Produce Trade and Commerce (Promotion and Facilitation) Act, 2020; and the Essential Commodities (Amendment) Act 2020.

The three farm laws have been projected by the government as major reforms in the agriculture sector that will remove the middlemen and allow farmers to sell anywhere in the country.

The Centre has repeatedly sought to allay fears over the new farm laws and asserted there will be no tinkering with the existing MSP regime. 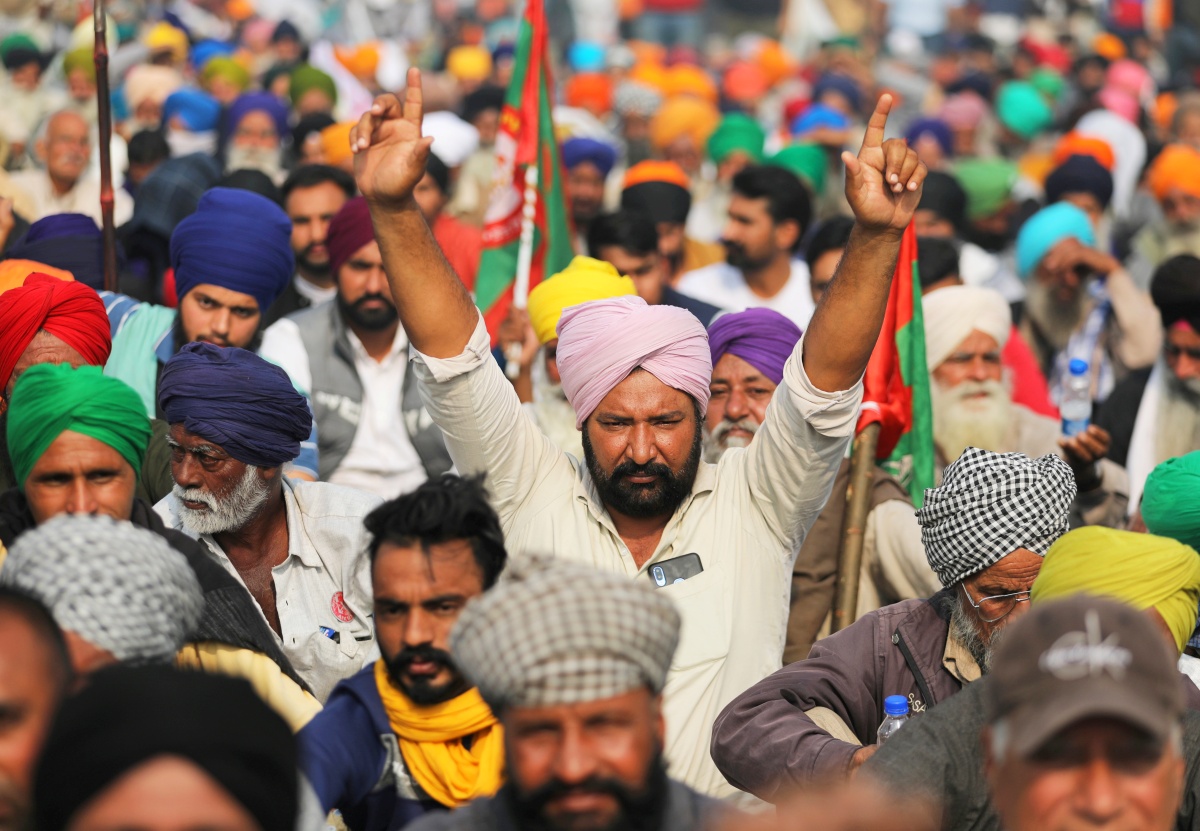