Oppn, farmers hit out at PM over 'Andolan-jivi' remark

Leaders of opposition parties and farmer unions on Monday hit out at Prime Minister Narendra Modi for his 'Andolan-jivi' (professional protestors) remark against the backdrop of the agitation for the repeal of the three farm laws, calling it an "insult" to farmers. 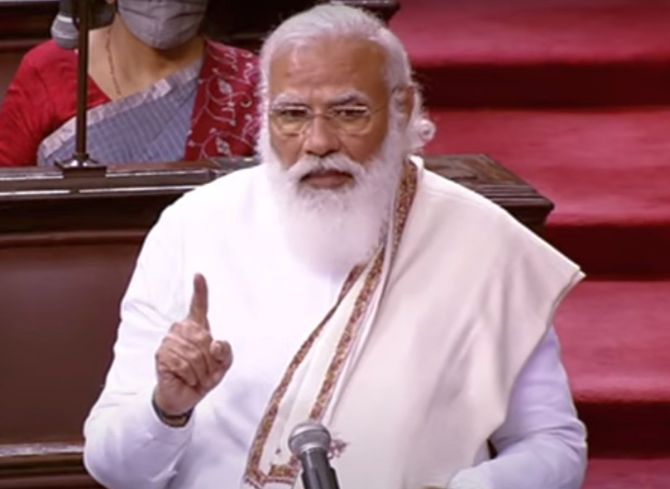 The opposition parties also countered Modi's reference to the Foreign Direct Investment term to dub support from abroad for the farmers' protest as 'Foreign Destructive Ideology' with a Congress leader alleging this is coming from someone whose governance has been based solely on "Fear, Deception, Intimidation".

The Bharatiya Janata Party on its part asserted that the prime minister's address has dispelled the web of confusion being created over a host of issues and laid out a clear direction for the country.

Prime Minister Modi in his reply to a discussion in the Rajya Sabha on a motion thanking the President for his address to the joint sitting of Parliament slammed the mushrooming of a new crop of 'Andolan-jivi' -- who live for protests and look for ways to start a new movement, and said the country needs to be wary of them.

Modi also punned on the term FDI to warn against damaging influences from abroad. "We need Foreign Direct Investment but the new FDI is 'Foreign Destructive Ideology', we have to protect ourselves from it," he said in an apparent reference to the backing given to the farmers' protest by international celebrities and activists like American pop star Rihanna and Swedish climate-activist Greta Thunberg.

The Samyukta Kisan Morcha, the umbrella body of 41 farm unions spearheading the protest for the repeal of the three new agri laws, "condemns the insult" of farmers by the prime minister, said a statement from the organisation issued by its leader Darshan Pal.

Congress leader and Maharashtra minister Ashok Chavan also termed as an "insult" to farmers the use of word "Andolan-jivi".

Congress leader Jairam Ramesh countered the prime minister on his description of FDI.

"In Parliament today, PM Modi said that FDI is also ‘Foreign Destructive Ideology'. This from someone whose governance has been based solely on FDI — Fear, Deception, Intimidation," he tweeted.

Congress chief spokesperson Randeep Surjewala, said that "apart from rhetoric, Modi ji could not say anything concrete in Rajya Sabha".

Congress leader Mallikarjun Kharge alleged that Modi's speech was without any substance and he betrayed farmers by saying nothing to resolve their problems.

Farmers had expected the prime minister to address their grievances and all eyes were on him, but he let them down by not giving a solution to their over 75-day agitation, he told reporters.

He said the prime minister should have announced repeal of the farm laws and bringing fresh ones after wider consultations with all stakeholders.

Reacting to the 'Andolan-jivi' remark, Communist Party of India-Marxist General Secretary Sitaram Yechury said protestors "are patriots and not parasites".

"Aandolan jeevi"? Yechury asked in a tweet. "People protest for saving their lives & for security, for greater opportunities & ensuring better livelihood. Protesters are patriots not parasites. Those who grab power on the strength of protests are patriots and not parasites," he said.

Yechury also alleged that Modi's speech is "full of untruths".

Shiromani Akali Dal chief Sukhbir Singh Badal urged the prime minister not to link the agitation against the farm laws with any religion or community and said he should instead focus on giving “justice” to farmers.

He told reporters in Fazilka in Punjab that farmers are on one platform against the Centre's three contentious agricultural laws.

“We should all be clear that farmers are fighting for the welfare of the 'annadaata' at large and we should not try to divide this struggle by trying to limit it to one religion or community,” Badal said.

The prime minister had slammed those abusing agitating Sikh farmers, saying it will not do the country any good.

In an oblique reference to agitating Sikhs being called 'Khalistani' terrorists and other names in certain quarters, the prime minister said the nation was proud of every Sikh.

CPI leader and Rajya Sabha MP Binoy Viswam claimed that Modi's speech was a "masterclass in political whataboutery and rhetoric".

In a statement, Viswam further said in an attempt to save and re-invent the government's only "silver bullet", FDI, the prime minister gave the acronym a new connotation as he called it "Foreign Destructive Ideology".

"Let us be clear that the opposition to this government's authoritarian and anti-people policies is firmly rooted in this country. While on the subject of external interference, it would be appropriate to remember the Prime Minister's chant of 'Ab ki baar Trump sarkar' from the podium in Houston during the 'Howdy Modi' event. It appears that the definition of FDI by the PM is a reflection of his own actions and beliefs," he said.

Human rights NGO ANHAD said there would have been no independence if there were no 'andolankaris.'

BJP president J P Nadda said the prime minister has made it clear that the government is taking all necessary steps for farmers' welfare, which is its priority.

Echoing similar views, Union home minister Amit Shah said the prime minister has elucidated the government's resolve on a host of issues, ranging from the welfare of the poor and farmers to making the country self-reliant.

The Nationalist Congress Party said the prime minister should understand the difference between a model act and the three new agri laws after he cited former Union agriculture minister and party supremo Sharad Pawar's support for farm reforms to buttress his point on the U-turn by the Opposition.

Citing Pawar's support for agriculture reforms, Modi said, "Those taking a U-turn will perhaps agree with him (ex-PM Manmohan Singh)...Whether they were able to do it or not, but everyone has advocated that it should be done".

Countering Modi, NCP's national spokesperson and Maharashtra minority affairs minister Nawab Malik said in a video statement that Pawar had tried to build consensus for a model act when he was agriculture minister (in the Congress-led UPA government from 2004 to 2014).

"There is a big difference between a model act (that the UPA government had tried to introduce) and the current farm laws. Either Modi saheb is not getting this or he is getting it, but is fooling the people," Malik alleged. 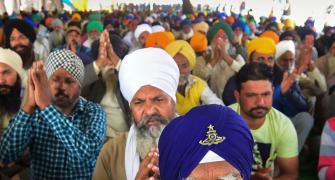 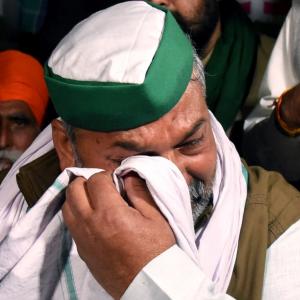