The 'Operation Snow Leopard' is still on with troops on alert and ready to meet any eventuality as the focus of disengagements in Ladakh continues to be through talks, Army's northern commander Lt Gen Y K Joshi said on Saturday. 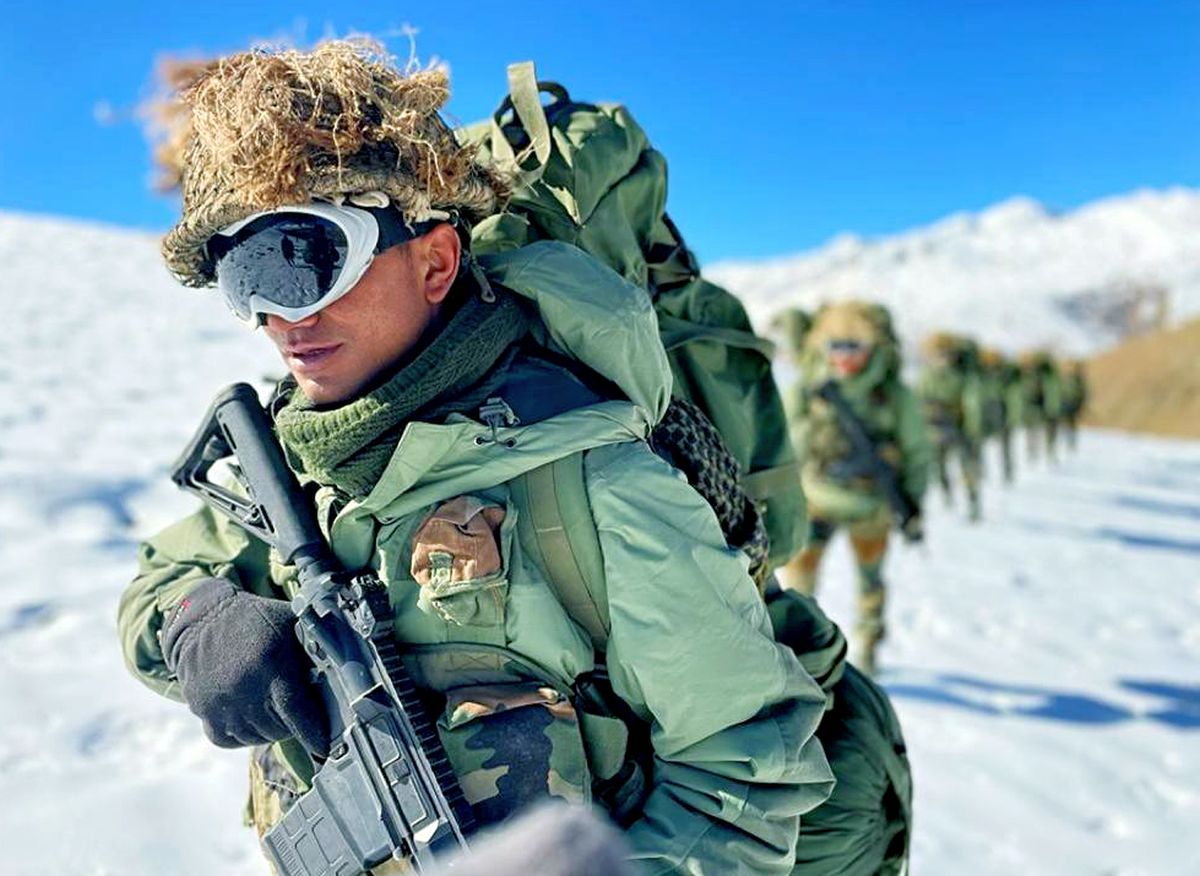 Joshi, the General Officer-Commanding-in-Chief (GOC-in-C), was speaking at the northern command's investiture ceremony at its headquarters in Jammu and Kashmir's Udhampur, where the units involved in the Ladakh operation ran away with major share of the appreciation certificates.

He presented GOC-in-C's appreciation to 40 units and GOC-in-C's 'Certificates of Appreciation' to 26 units for their 'outstanding' and 'distinguished' performance in the command theatre.

The GOC-in-C's Appreciation was given to units for their performance in Operation Meghdoot, Operation Rakshak, Operation Northern Borders, and other operations.

The GOC-in-C's Certificates of Appreciation were given to units involved in Operation Snow Leopard, which was launched after China refused to move back and restore status quo ante in eastern Ladakh.

"The importance of both the union territories of J&K and Ladakh is well known and we have played our role as far as the security of this region is concerned with full dedication and devotion and are maintaining our complete dominance, whether it is Line of Control, Line of Actual Control, Actual Ground Position Line and International Border," the army commander said in his address.

He said the brave soldiers of the northern command foiled the aggressive designs of the enemy.

Referring to the developments in Ladakh in the wake of Chinese aggression, he said disengagement with People's Liberation Army was completed from various areas in a peaceful manner and efforts are on through dialogue for disengagement from other areas.

However, the troops are maintaining alertness on the snow-bound peaks, he said.

On counter-insurgency campaign undertaken under Operation Rakshak, he said the people of Kashmir have rejected terrorism, separatism, and gun culture, and after many years, the number of terrorists has gone below 200 in the valley which is a "big achievement".

“The ceasefire along the LoC has provided relief to the border residents. But the attempts of infiltration of terrorists is going on, which are being foiled by our alert security personnel,” he said.

“There has been a reduction in terrorist related incidents, stone pelting activities and protests as a result of tireless efforts of the security forces and the people of J&K,” Joshi said.

He congratulated local police, the CRPF, and other agencies for their role in counter-insurgency operations.

Joshi said technology is being used to assist the troops in keeping vigil and maintaining security.

“We are fully inducting the state-of-the-art technology in our army,” he said.

Referring to the current wave of COVID-19, he said like the previous two pandemic waves, the northern command is always there to help the government and the people.

“We are fully with you and ready to serve you,” he said, saluting the healthcare workers of the command who reached out to the people without caring for their safety.

The Army Commander lauded all ranks of northern command for their dedication and devotion to duty in the highest traditions of the Indian Army.