Amid separatist slogans and "honouring" of death row convict Balwant Singh Rajoana, the 28th anniversary of Operation Bluestar to flush out militants from Sikh holy shrine the Golden Temple, was on Wednesday observed at Akal Takht, the highest temporal seat, an event from which Punjab's ruling Shiromani Akali Dal kept away.

The event passed off peacefully. To mark the occasion, bricks for a controversial memorial for those who were killed in the operation by security forces were laid by the five Sikh head priests along with Jatehedar Akal Takht Gyani Gurbachan Singh and  Shiromani Gurdwara Parbandhak Committee President Avtar Singh Makkar.

Punjab Deputy Chief Minister Sukhbir Singh Badal distanced himself and the state government from construction of the Operation Blue Star' memorial in Amritsar by radical Sikhs while Congress warned him against "playing with peace" in the state.

The Operation Blue Star was launched by the army on this day in 1984 to flush out holed-up Sikh militants led by their leader Jarnail Singh Bhindrawale who was killed along with his associates in the Golden Temple.

The family members of Bhindrawale were also honoured by Jatehdar Akal Takht.

SGPC and Jatehdar Akal Takht conferred the title of 'living martyr' to Balwant Singh Rajona who has been convicted for killing former Punjab Chief Minister Beant Singh and sentenced to death, a punishment upheld by the Supreme Court also.

The title was received by Kamaldeep Kaur, sister of Rajoana. 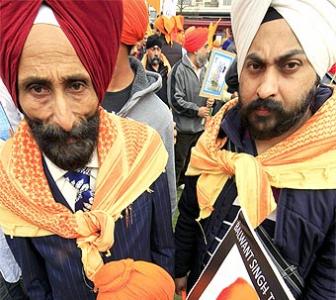 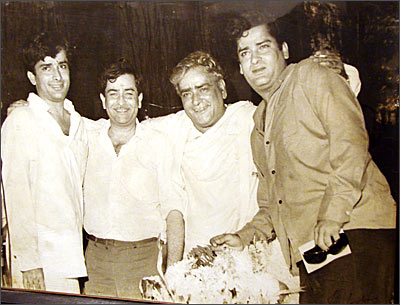