The number of people allowed to attend the Republic Day parade this year is likely to be curtailed to approximately 5,000-8,000 due to the COVID-19 situation, with seats reserved for construction workers, frontline health workers and others, senior officials of the defence ministry said on Tuesday. 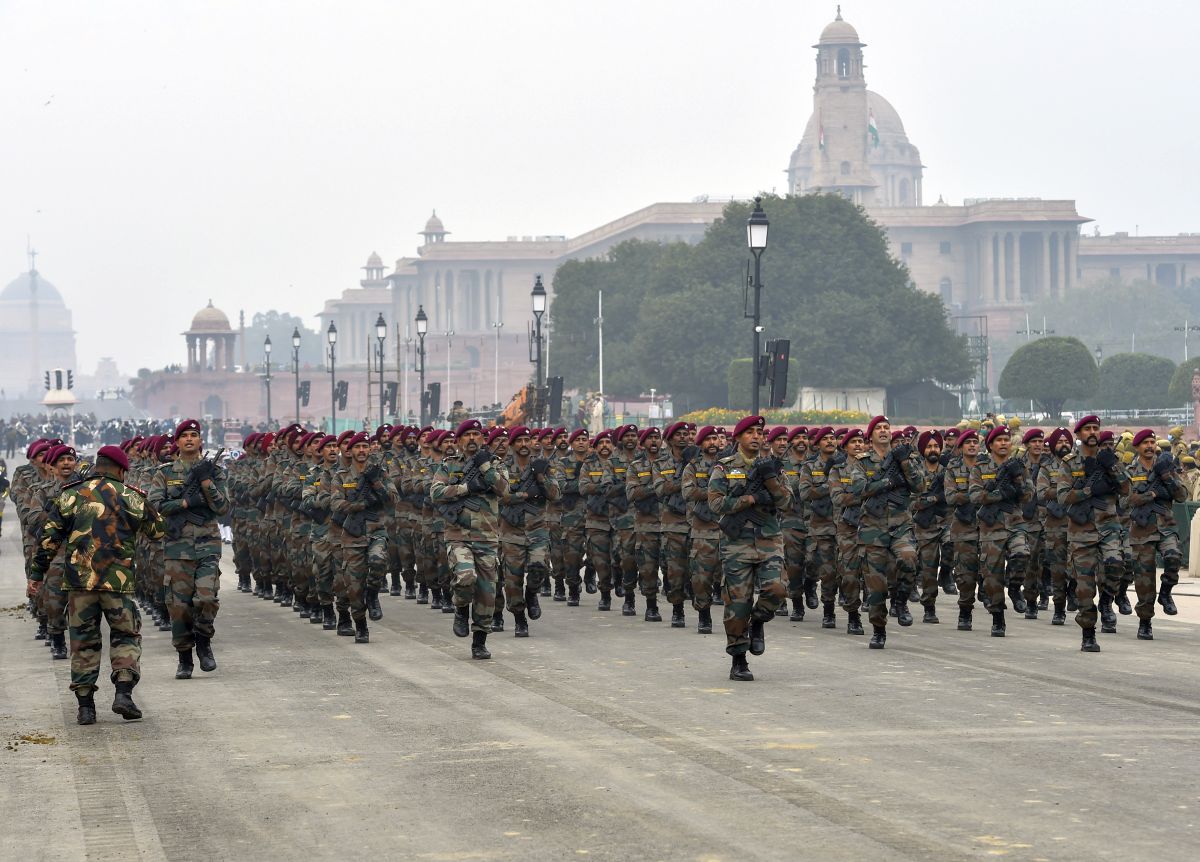 Only double vaccinated adults and children above the age of 15 who have taken at least one dose of COVID-19 vaccine will be allowed to enter, they said, adding children below 15 years will not be permitted to attend the event.

The officials said the parade would start at 10.30 am instead of 10 am to provide better visibility.

They said the number of people that would be allowed to attend the Republic Day parade this year is to be curtailed by 70-80 percent to approximately 5,000-8,000 due to the ongoing COVID-19 wave.

A decision on whether chief guests will be there for the Republic Day parade 2022 (RDP-2022) is yet to be taken by the Ministry of External Affairs, the officials mentioned.

There was no chief guest at the parade last year.

This year, as a special endeavour, seats have been reserved for autorickshaw drivers, construction workers, sanitation workers and frontline health workers for the parade as well as for the Beating the Retreat ceremony that takes place on January 29, they said.

Officials said the aim of inviting fewer people this year is to maintain social distancing at all times due to the COVID-19 pandemic.

Therefore, the numbers have been significantly curtailed, they added.

While the exact number is yet to be decided, it would be anywhere between 5,000-8,000 people this year, they mentioned.

People would be encouraged to watch the parade on TV and through the live streaming, they said.

The next of kin of approximately 5,000 fallen heroes will be presented with a 'Plaque of Gratitude' by NCC cadets all over the country at about the same time as Prime Minister Narendra Modi pays homage to the country's bravehearts at the National War Memorial in New Delhi on January 26.

This will mark the beginning of the programme which will continue till August 15, 2022, the officials said.

"The decision regarding chief guests is being handled by the Ministry of External Affairs and we will wait for their decision in this regard," an official said.

There are a number of interesting additions this year including the display of painting scrolls along the Rajpath and invitation cards for parade having seeds of medicinal plants.

Officials said that henceforth, all Republic Day celebrations will begin from January 23 every year as it is the birth anniversary of freedom fighter Subhas Chandra Bose.

The states and union territories have been advised that they should invite participation from one or more other states for their RDP-2022, they mentioned.

These guest states may send their contingent for the parade as well as for food or cultural events to promote engagement among people of different states and union territories so as to enhance mutual understanding and bonding in the spirit of Ek Bharat Shreshtha Bharat, they said.

For a better viewing experience of spectators at the parade, 10 large LED screens -- five on each side of Rajpath -- will be installed for live streaming, they mentioned.

The invitation cards for the parade will have seeds of medicinal plants of Ashwagandha, Aloe Vera and Amla embedded in it and people are being encouraged to plant them in their gardens or flower pots after use, they noted.

On January 26, a nationwide flagship programme of National Cadet Corps (NCC) 'Shaheedon Ko Shat Shat Naman' will be launched, as part of 'Azadi ka Amrit Mahotsav' to honour the supreme sacrifices of the fallen heroes in defending the nation, they mentioned.

"Until August 15, 2022, the NCC cadets, accompanied by NCC officers or permanent instructor staff and cadets of the state directorates will continue to felicitate the NOKs of all 26,466 fallen heroes whose names were mentioned at the National War Memorial," one of the officials mentioned.

To commemorate India's 75th Independence year, the Defence Ministry along with the Culture Ministry, organised an event called 'Kala Kumbh', where the painting of 10 huge scrolls was organised in Delhi, officials said.

These scrolls - each of 75 metres in length and 15 feet in height -- were painted during December 11-17 and December 25-January 2 periods, they mentioned.

Hundreds of renowned artists and young aspirants too, from across the country, took part, they said.

These scrolls will be displayed along Rajpath during RDP-2022, they mentioned.

For the first time, dancers who perform during the cultural programme have been selected through a nationwide competition 'Vande Bharatam', jointly organised by the Defence Ministry and the Culture Ministry, they stated.

Out of 3,870 dancers, 800 artists have been selected for the dance performance at the parade, they said.