'One day I have to': Priyanka Gandhi on contesting polls

Congress leader Priyanka Gandhi Vadra on Tuesday asserted that one day she has to contest from Raebareli or Amethi constituencies but currently has not taken any decision as far as the 2022 Uttar Pradesh assembly elections are concerned. 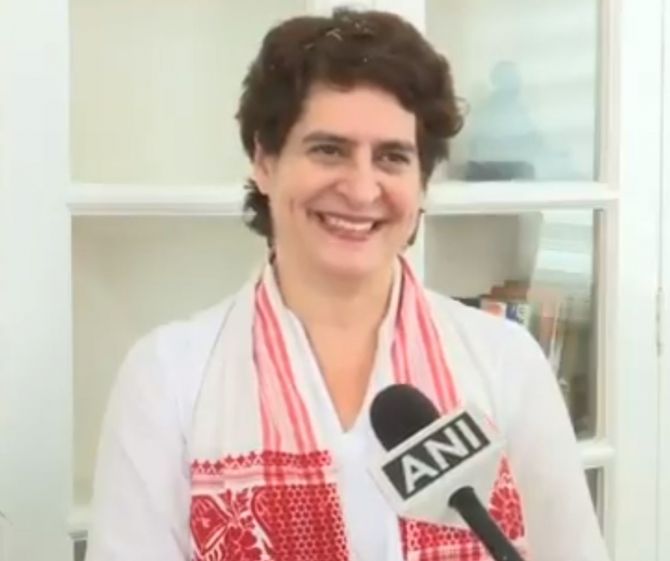 "One day you have to contest, though I have not taken a decision yet... No answer, for the time being, will see later," Vadra said when asked if she will be contesting from Raebareli or Amethi in the upcoming state assembly polls.

Priyanka Gandhi Vadra is the general secretary of the All India Congress Committee and party in-charge of Uttar Pradesh.

Gandhi alos announced that the Congress will give 40 per cent tickets to women in the coming assembly elections slated for early next year.

"Woman power has an important role to play in the progress of the country and society. Congress is going to fulfill the promise of women's empowerment. Women are going to get a political stake here," she said.

In the 2017 Assembly elections, the BJP won a landslide victory winning 312 assembly seats.