In a major achievement for Odisha police, top Maoist leader Sabyasachi Panda wanted in over 60 criminal cases, has been arrested prompting Chief Minister Naveen Patnaik to appeal to Naxals to eschew violence and join the mainstream.

"The most wanted Maoist Sabyasachi Panda was arrested by police last night from Berhampur. The arrest of Panda who carried a high reward on his head is a big achievement of Odisha Police," Patnaik announced in the assembly on Friday.

Sabyasachi, who carried a reward of Rs five lakh on his head, was active in the Maoist movement for more than two decades, the chief minister said adding he was the guiding spirit behind formation of Chasi Mulia Samiti and Kui Lawenga Sangha in 1995 in Rayagada and Gajapati districts.

The top Maoist was operating in Southern Odisha including the districts of Rayagada, Gajapati, Ganjam, Kandhamal and Nayagarh.

Sabyasachi was involved in numerous sensational cases like the Nayagarh and R Udayagiri armoury loot, killing of Swami Laxmanananda Saraswati, abduction of two Italian nationals and blowing up of ambulance in Kandhamal besides, overall involvement in killing of 25 security personnel and 34 civilians, the chief minister said.

"I am sure this August House will join me in congratulating all the police personnel particularly the Intelligence Wing and Berhampur police who participated in this operation," he said adding state government would reward the police personnel for this "spectacular achievement."

"I also take opportunity to appeal to the Maoists to shed violence and join the mainstream," Patnaik said. 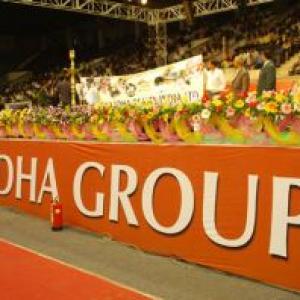