The Delhi Police on Wednesday wrote to Clubhouse app seeking details about the organiser of the alleged audio chat group in which some 'obscene comments were made against Muslim women', official sources said. 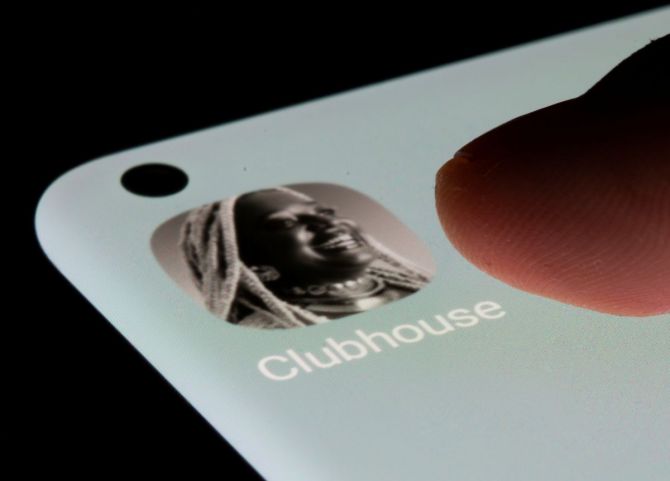 The development comes a day after the Delhi Police's Intelligence Fusion and Strategic Operations unit which works under the supervision of Special Cell filed a first information report (FIR) against the unknown persons in the matter.

The FIR was registered just hours after the Delhi Commission for Women (DCW) on Tuesday issued a notice to the Delhi Police demanding action against some people who made 'obscene comments against Muslim women' on the app.

"A case has already been registered in the matter under relevant sections of Indian Penal Code. We have also written to Clubhouse app seeking details about the organiser of the alleged audio chap group in which some "obscene comments were made against Muslim women," an official source said.

The sections include 153A (promoting enmity between different groups on grounds of religion, race, place of birth, residence, language, etc., and doing acts prejudicial to maintenance of harmony), 295A (deliberate and malicious acts intended to outrage religious feelings of any class by insulting its religion or religious beliefs) and 354 A (sexual harassment and punishment for sexual harassment), according to police.

The police are also trying to identify and find the members of the audio chat group as part of the investigation.

In its notice to the Cyber Crime Cell, the DCW had said it had taken sou-moto cognisance of a video posted on Twitter which showed a Clubhouse conversation where Muslim women and girls were being referred to in a disparaging way.

'In the said conversation, the participants are clearly heard making obscene, vulgar and derogatory remarks targeting Muslim women and girls. The Commission took strong note of the case and has sought from Delhi police urgent and strict action against the persons involved,' the panel had said.

'The Delhi Police has been given five days to submit a detailed action taken report to the Commission,' the panel added.

DCW chief Swati Maliwal had on Tuesday said, Someone tagged me on Twitter the detailed audio conversation on the Clubhouse app which targeted Muslim women and girls and made disgusting sexual comments against them.

'I feel outraged over the fact that such incidents are increasing in the country. Strongest action needs to be taken against the culprits and that's why I have issued a notice to Delhi Police seeking immediate FIR and arrests in the matter.'

This comes days after hundreds of Muslim women were listed for auction on the Bulli Bai mobile application with photographs sourced without permission, and doctored.

The app appeared to be a clone of Sulli Deals which triggered a similar row last year.