A special taste of India for Michelle Obama

Attired in a green skirt and a black top, Michelle, 46, reached the museum soon after paying her respect at Mahatma Gandhi's memorial at the Rajghat. She broke away from United States President Barack Obama's cavalcade as her husband went straight to Hyderabad House for a summit meeting with Prime Minister Manmohan Singh.

According to museum officials, artisans had been enthusiastically preparing for the visit, picking their best works for display.

Soon after independence, various projects and schemes for preservation and development of handicrafts were envisaged in the first and second five-year plans.

The establishment of a crafts museum was an integral part of this policy. The core collection of the crafts museum was put together in the 1950s and 1960s to serve as reference material for the craftsmen whose hereditary traditions were fading on the face of industrialisation.

The museum building for displaying India's rural and tribal arts is designed by renowned architect Charles Correa as a metaphor for an Indian village street -- affable, accommodative and active.

The courtyards have domed pigeon houses adorned with arches and lattice work panels, terracotta shrines dedicated to basil plants and massive temple chariots. The scales and proportions of the building are based on those of a traditional Indian village where objects of everyday life are hand-made.

Michelle went around the stalls in the museum and interacted with artisans.

Ruchira Ghosh, chairperson of crafts museum, explained the rich and diverse craftsmanship to the US First Lady. "Women power, that's the colour (red) you are wearing," Michelle told Ghosh after looking at an idol of Goddess Durga. 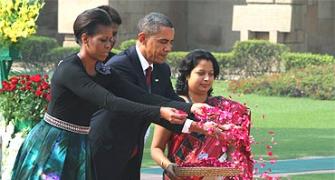 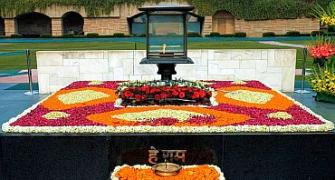 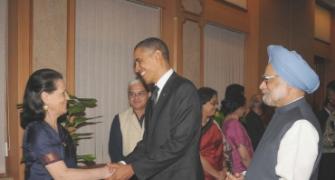 'A reset in India-US ties is under way' 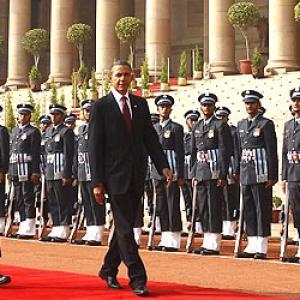