Obama to be 1st American President to vote early 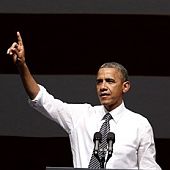 President Barack Obama would cast his ballot on Friday for the November 6 US presidential elections, thus becoming the first US President to vote early in the country's electoral history.

Obama, 51, will stop in Chicago during his 48-hour tour of several key battle ground states of Colorado, Ohio, Nevada and Virginia.

"I am going to stop in Chicago to vote before this 48-hour day is done," Obama said.

"I can't tell you who I'm voting for. It's a secret ballot. But Michelle (Obama) says she voted for me. That's what she said," Obama said.

Under US laws voters get an option to vote ahead of elections, the date and duration of which varies from state to state.

Obama Campaign spokesperson Jen Psaki told reporters that in Chicago, Obama will "make history by being the first sitting President to vote early."

A Time magazine poll released on Wednesday said that Obama is leading by the margin of two-to-one among early voters in Ohio.

Making his last pitch efforts in key battleground States ahead, Obama passionately sought second term to achieve the goals that he has set for the country.

"I'm asking you to keep believing in me," Obama said addressing an election rally in Denver, Colorado.

"We're going to win this election. We're going to finish what we started. We'll remind the world why the United States of America's the greatest nation on Earth," said the US President.

"It turns out it's not a five-point plan Governor Romney's got. It's a one-point plan," he said.

Obama said he has kept many of the major commitments that he made.

"I told you we'd end the war in Iraq; we ended it. I said we'd end the war in Afghanistan; we are. I said we'd refocus on the terrorists who actually attacked us on 9/11, and now we've got a new tower rising above the New York skyline, and Al Qaeda's on path to defeat. Osama bin Laden is dead. Our heroes are coming home. I kept those promises," he said.

Source: PTI© Copyright 2021 PTI. All rights reserved. Republication or redistribution of PTI content, including by framing or similar means, is expressly prohibited without the prior written consent.
Related News: Barack Obama, Mitt Romney, US, Colorado, United States of America
SHARE THIS STORY
Print this article 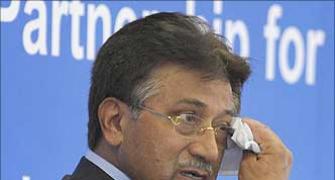 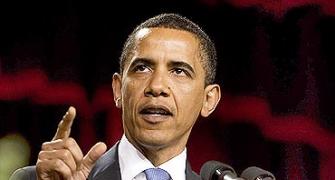 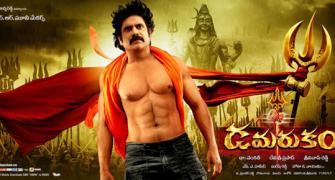 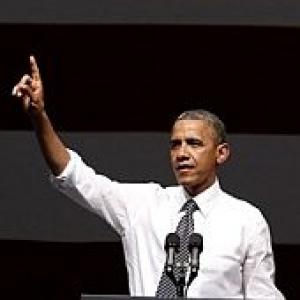 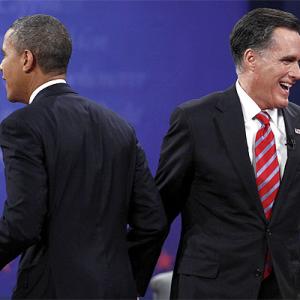