US President Barack Obama met his top security and defence officials to assess the situation in Afghanistan and consider the demand of more troops to save the mission in the war ravaged country. Obama would take several weeks to review his strategy on Afghanistan, the White House has said.

It may take weeks before the President decides whether to overhaul the US strategy or send more troops. He held a meeting with his top security and defence officials on the situation in Afghanistan, the White House said. He engaged his national security team in a candid assessment of the progress that has been made and the challenges the US still faces in Afghanistan and Pakistan since he announced the Af-Pak strategy March.

"As a part of this review, the President will consult with his national security team, including his military commanders, civilian leadership, and Ambassadors in the region. He will also consult closely with our Allies and with the United States Congress," the White House said. "As the US aggressively confronts al Qaeda and its leadership around the world, the President has set a clear goal in Afghanistan: to disrupt, dismantle and defeat al Qaeda and their extremist allies," it said. "When it come to decisions as important as keeping this country safe and putting our troops into harm's way, the President has made it clear that he will rigorously assess our progress. That is why he held this meeting today and will take the next several weeks to review our strategy." This was the second of five scheduled intensive sessions with National Security Council as well as field commanders and regional ambassadors.

Obama also directed his inter-agency team to provide regular consultation sessions with Congress, during this period. Immediately thereafter Gen James Jones, the National Security Adviser, briefed all US Senators this evening. "The President will next meet with his national security team to discuss Afghanistan and Pakistan one week from today, October 7th at the White House," the statement said.

Prominent among those who attended the meeting were the Vice President, Joe Biden; the Secretary of State, Hillary Clinton; the Defence Secretary, Robert Gates; and the Special US Envoy for Pakistan and Afghanistan. Among other participants of the meeting are Admiral Michael Mullen, Chairman of the Joint Chiefs of Staff; General David Petraeus, US Central Command; General Stanley McChrystal, US Commander in Afghanistan; Admiral Dennis Blair, Director of National Intelligence; CIA Director Leon Panetta; Karl Eikenberry, US Ambassador to Afghanistan; and General James Jones, National Security Adviser. Anne Patterson, the US Ambassador to Pakistan too has been invited to the meeting. 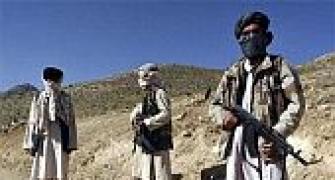 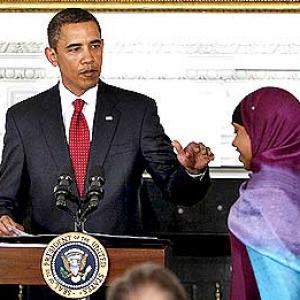