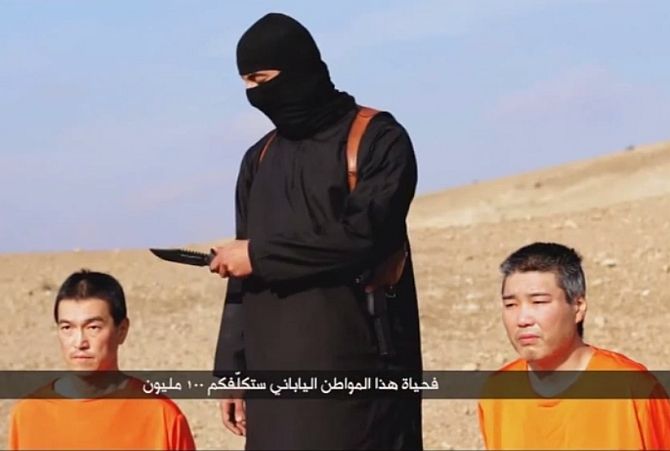 United States President Barack Obama on Sunday offered condolences to Japanese Prime Minister Shinzo Abe over the beheading of a Japanese national by Islamic State militants and said the two countries will work shoulder to shoulder to degrade and defeat the dreaded outfit.

Obama, who is currently in New Delhi, telephoned Abe “to offer condolences for the murder... of Japanese citizen Haruna Yukawa and to convey solidarity with the Japanese people,” a White House statement said.

Obama also expressed appreciation for Japan’s significant contributions of humanitarian assistance to the Middle East region. “The two leaders agreed to continue their cooperation on a range of regional and global issues,” the statement said.

Earlier on his way to India on Saturday, the US president strongly condemned the killing of one of two Japanese hostages.

“We will work together to bring the perpetrators of these murders to justice, and will continue to take decisive action to degrade and ultimately defeat the Islamic State. Our condolences today are with the people of Japan for the terrible loss,” he said.

Obama also called for the immediate release of another Japanese hostage Kenji Goto and all other remaining hostages.

“We stand shoulder to shoulder with our ally Japan and applaud its commitment to peace and development in a region far from its shores,” he said.

Japanese officials were still working to verify a video posted online claiming that one of two men held hostage by Islamic State militants had been executed.

“America has known this pain and horror ourselves, and we stand with Japan not just in sadness, but in solidarity and strength. We grieve with Haruna Yukawa’s family and loved ones and with all the people of Japan,” he said.

“We join Japan in calling on Kenji Goto’s captors to immediately release him, as we continue to call for the release of all other hostages. The United States will continue to support and coordinate closely with Japan as we stand together in confronting terrorism and extremism,” Kerry said.

US Defense Secretary Chuck Hagel said inhumanity of IS stands in sharp contrast to the generous humanitarian aid Japan has provided to the Iraqi and Syrian people in recent months.

“Their continued barbarism only serves to strengthen our global coalition’s shared resolve to degrade and ultimately destroy IS.

On Tuesday, IS had released a video featuring the two Japanese hostages, demanding a $200 million (Rs 1,227 crore) ransom within 72 hours for their safe release.