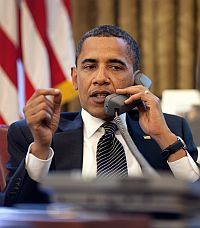 US President Barack Obama on Thursday called up his new Chinese counterpart Xi Jinping to congratulate him on taking up his new position and discuss future of bilateral ties between the two countries.

The telephone call between the two leaders comes in the wake of flurry of exchange of words between the US and China on the alleged cyber-attacks emanating from China, some of whom, Obama alleges are state sponsored.

During the call, Obama told Xi that he is sending his new Treasury Secretary Jack Lew to Beijing next week and the Secretary of State John Kerry too would be travelling to the country on his first Asia trip in the coming weeks.

"The President underscored his firm commitment to increasing practical cooperation to address Asia's and the world's most pressing economic and security challenges. Both leaders agreed on the value of regular high-level engagement to expand cooperation and coordination," the White House said in a statement.

Obama President highlighted the threat to the US, its allies, and the region from North Korea's nuclear and missile programmes and stressed the need for close coordination with China to ensure North Korea meets its denuclearisation commitments.

"Obama welcomed China's G-20 commitment to move towards a more flexible exchange rate, and he underscored the importance of working together to expand trade and investment opportunities and to address issues such as the protection of intellectual property rights," the White House said.

"In this context, the President highlighted the importance of addressing cyber-security threats, which represent a shared challenge. The two leaders agreed to maintain frequent and direct communication," the statement said.

The Treasury Department said that Lew will be visiting Beijing on March 19 and 20, during which he will meet with China's new leadership and senior economic officials to discuss the bilateral relationship and opportunities for cooperation and growth.

"Lew will also discuss efforts to level the playing field and create new opportunities for US workers and businesses," the Treasury said.

According to the State Department, Kerry would be making his maiden trip to Asia as the top American diplomat next month that would take him to South Korea, Japan and China.

"Following the G-8 meetings in London on April 10 and 11, Kerry will travel on to the Republic of Korea, Japan and China," State Department spokesperson, Victoria Nuland, told reporters at her daily news conference.

"During his trip to Seoul, Tokyo and Beijing, the Secretary will meet with counterparts and discuss the full range of bilateral, multilateral and regional issues as well as our economic cooperation and the environment," Nuland said.

In June, Kerry will be participating in the ASEAN Regional Forum chaired by Brunei and also visiting some other Southeast Asian partners.

"During these engagements, the Secretary will continue to affirm the administration's commitment to further broaden and enhance US economic, security and strategic interests in the Asia-Pacific region," she said. 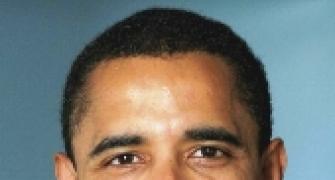 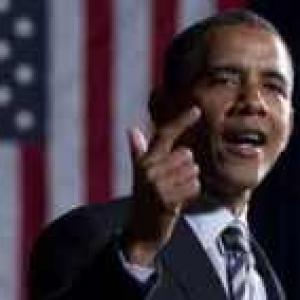 Obama pokes fun at self, Biden at exclusive dinner 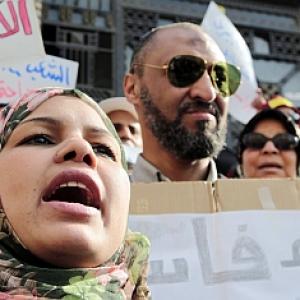 US cancels award for Egyptian activist over 9/11 tweets