The Supreme Court Friday said it will not leave Karnataka citizens in the lurch as it refused to interfere with the Karnataka High Court order asking the Centre to increase the daily oxygen allocation for the state from 965 MT to 1200 MT for treating COVID-19 patients. 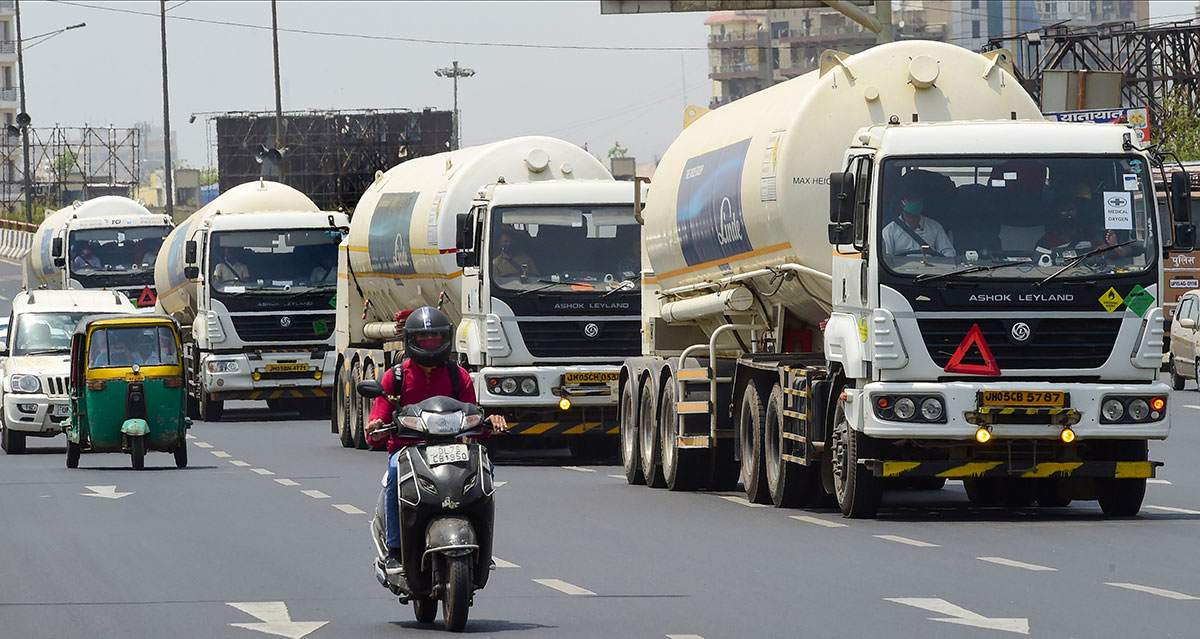 A bench of justices D Y Chandrachud and M R Shah said the high court's interim order of May 5 is a 'well calibrated, deliberated and judicious exercise of power', and does not preclude mutual resolution between the Centre and the state government.

The apex court said: 'The order of the high court is based on the need to maintain at least a minimum requirement as projected by the State Government until a decision on the representation is taken and the high court is apprised.

The bench said it was looking at the wider issue and 'we will not keep citizens of Karnataka in lurch'.

It refused to accept the Centre's contention that if every high court starts passing orders for allocating oxygen, it would make the supply network of the country 'unworkable'.

The bench told Solicitor General Tushar Mehta, appearing for Centre, that it has read the sequence of events and it can say that it is 'well calibrated, deliberated and judicious exercise of power after taking into account the number of COVID-19 positive cases. We will not interfere with it'.

The high court does not preclude a mutual resolution by the two governments (both Centre and State), since the proceedings are still pending, it said.

Mehta said at this time every state needs oxygen but his concern is that if all the high courts start directing liquid medical oxygen (LMO) allocation of the said amount then it will be a big problem.

He said the issue of allocation is of pan-India concern and it would become unworkable if directions are issued under Article 226 of the Constitution by the high courts.

Mehta said that the Union government is willing to engage with the state government and convene a meeting for resolving the demand of the State of Karnataka for the supply of oxygen.

The top court said the high court had not passed the order without considering the facts and circumstances and it is based on the projection of COVID-19 cases made by the state government itself of minimum 1162 MT of LMO.

It added that the high court has considered the death of people in Chamarajanagar and Kalburgi among other places due to shortage of oxygen and added, 'Judges are also human beings and they are also seeing the suffering faced by the people. The High Courts will not simply shut their eyes'.

The Centre in its appeal filed on Thursday had said that the High Court has passed the order based on purported shortage of oxygen in the city of Bangalore and it will have a cascading effect and result in total collapse of the system of the supply network of LMO.

The high court had noted that the required quantity of LMO was not allotted to the state and directed the Centre as an interim measure to increase the cap on allocation to 1200 MT of oxygen per day with immediate effect.

It had said that the Centre has not offered any explanation as to why buffer stock of LMO was not created despite the directions of the top court and had granted liberty to the state government to submit an additional representation containing its projected requirement of oxygen for at least the next week.

The high court had directed the Centre to reconsider the representation of the state on allocation of oxygen made on April 30 within four days.

It has also observed that depending upon the decision taken by the Union Government on the representation; the Court would consider passing further orders during the course of the next week on the quota of oxygen for the State of Karnataka. 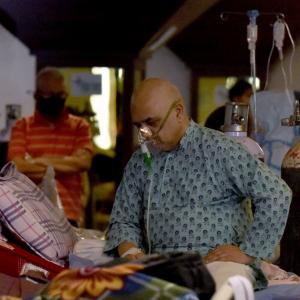