A day after actor-MP Nusrat Jahan claimed that her marriage in Turkey with businessman Nikhil Jain in 2019 is not valid under Indian laws, her estranged husband alleged that she had avoided always his requests to get the marriage registered. 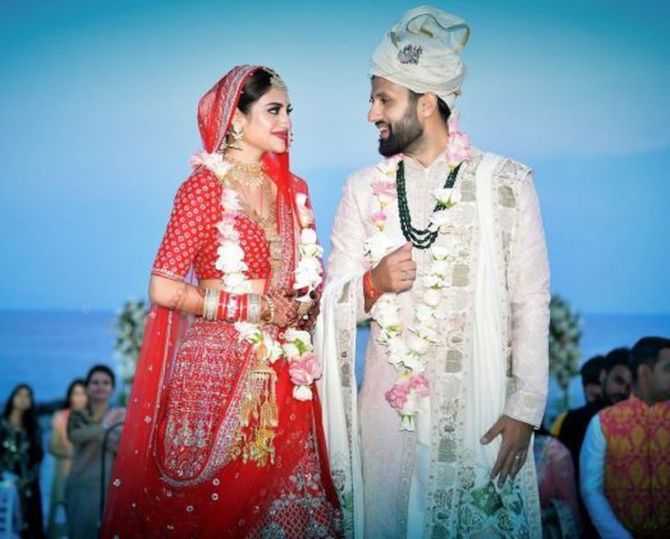 He claimed that Jahan's behaviour started changing towards him since August 2020 when she was shooting a film, and she left his home bag and baggage in November.

Jain said though he had initially wanted to talk about the issue only in court and not in public, he was "dismayed with recent allegations against me and my family, regarding my married life and it has become imperative" for him to disclose some facts.

Jahan, who is reportedly dating actor-assembly poll candidate Yash Dasgupta in recent times, said in a statement on Wednesday that since her marriage ceremony with Jain had taken place in accordance with Turkish Marriage Regulation, the marriage is invalid here.

"Since it was an interfaith marriage, it requires validation under Special Marriage Act in India, which did not happen. As per law, it is not a marriage, but a relationship or a live-in relationship," she said.

Jahan had tied the knot with Jain at a destination wedding at Bodrum in Turkey in 2019, attended by a select few.

After winning the Lok Sabha elections in 2019 on a Trinamool Congress ticket, Jahan hosted a grand wedding reception at a five-star hotel in Kolkata which was attended by Chief Minister Mamata Banerjee among other dignitaries.

"Out of love, I had proposed to marry Nusrat which she gladly accepted and we went for a destination wedding in Turkey," Jain said.

After that, he said, they lived together as husband and wife and introduced themselves as a married couple in the society.

"I devoted all my time and resources being a faithful and responsible husband. Friends, family and people close to us know everything that I did for her. My unconditional support for her is unchallenged," Jain said.

"Since August 2020 during the shooting of a film, my wife's behaviour started changing towards me, for reasons best known to her. During our stay together I requested her on a number of occasions to get the marriage registered but she avoided my requests," he added.

Nusrat has been cast opposite Yash Dasgupta in Bengali film 'SOS Kolkata', the shooting of which took place in August 2020.

Jain said that on November 5 last year, Nusrat left his flat along with her personal belongings and shifted to her Ballygunge flat "and thereafter we never stayed together as husband and wife".

Jain said he filed a civil suit against Nusrat on March 8 for annulment of their marriage "due to certain developments".

"The alleged marriage is not legal, valid and tenable; and thus, was not a marriage at all in the eye of law," she has said in the statement.