The number of Indians killed in the massive Easter Sunday bombings rose to 11 on Thursday, as one more person succumbed to injuries, taking the total number of foreigners who died in the attack to 36, according to the Lankan Sri foreign ministry. 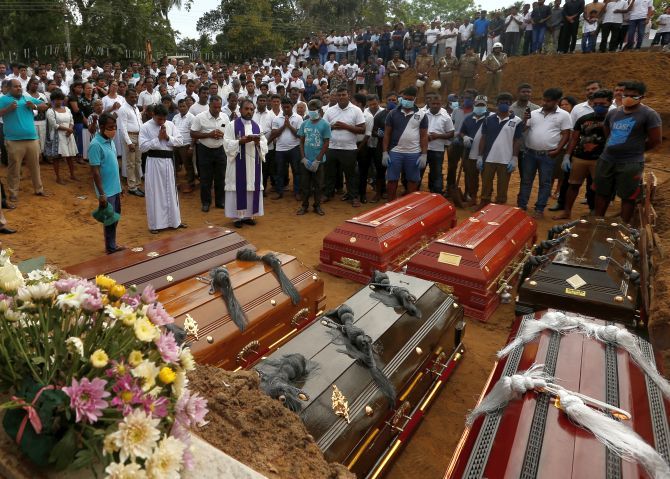 Sri Lankan foreign ministry, in a statement, said that as of Wednesday April 24, the number of foreign nationals who have been killed in the attack rose to 36.

The ministry further added that14 foreign nationals are unaccounted for at present, and could be among the unidentified victims at the Colombo Judicial Medical Officer's mortuary.

The mortal remains of 13 foreign nationals have been repatriated to date, the statement said.

The ministry said that 12 foreign nationals injured in the attacks are receiving treatment at the Colombo South Teaching Hospital and private hospitals in Colombo while others have been discharged following treatment.

Nine Suicide bombers, believed to be members of local Islamist extremist group called National Thowheed Jamath , carried out a series of devastating blasts that tore through three churches and three luxury hotels, killing at 359 people and injuring over 500.

So far over 75 people, all Sri Lankan nationals, have been arrested in connection with the attacks.