Top security and intelligence chiefs of the country including National Security Advisor Ajit Doval on Monday visited the blast site in Burdwan and assessed the progress of investigations into it.

Doval and the 3 top officials visited the room where the blast occurred, during which two suspected terrorists were killed.

They also went to the room which had served as the laboratory of the suspected terrorists and climbed the roof top of the house to check the visibility of surrounding areas.

Doval also inquired where the two children of the suspected terrorists stayed in the house.

The children, who are toddlers have since been taken into custody along with their mothers, one of whom is the widow of one of the suspected terrorists who died in the explosion.

Later, Doval met the district officials and asked about the progress of inquiry into the blast, the police added.

The four top officials then left for Kolkata to meet Chief Minister Mamata Banerjee at the state secretariat 'Nabanna'.

Earlier, the security and intelligence chiefs flew in to Burdwan by a chopper from NSC Bose International Airport. They had reached Kolkata in a IAF special aircraft on Monday morning.

Monday’s visit was the second in four days by the NIA director.

Kumar after his first visit to Burdwan and Murshidabad on Friday had said that the arrested persons in connection with the blast and their associates were members of Jamaat-ul-Mujahideen Bangladesh and were making IEDs to be transported to the neighbouring country for possible terror attacks.

The visit comes ahead of the Union government's decision to send a report to Bangladesh following a request from that country in this regard.

Three persons, including the 2 women were arrested in connection with the blast and were interrogated by the NIA. 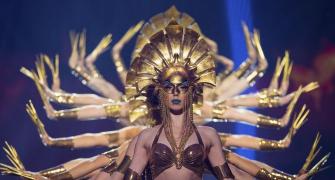 Top 20 moments from the week gone by 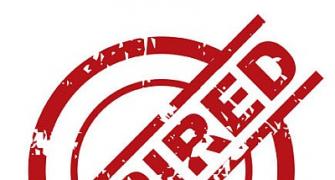