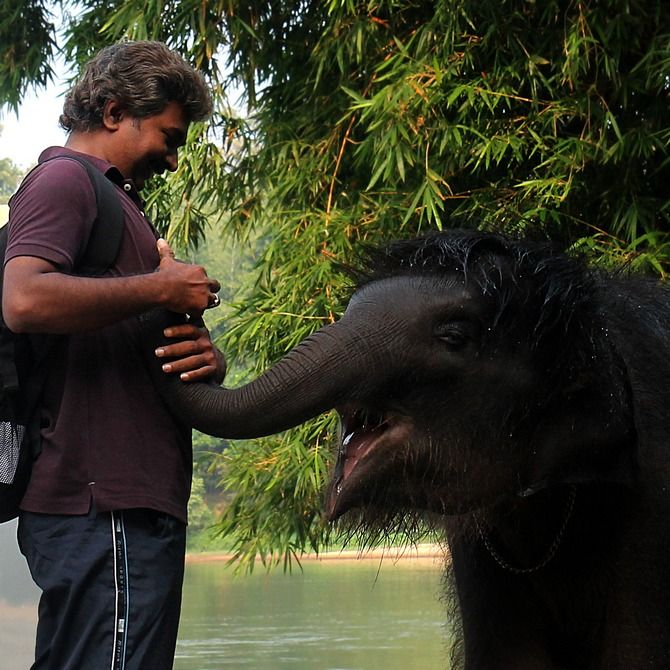 Elephants in Kerala will soon have the luxury of 'ambulance' service to transport sick and injured jumbos. For the first time, the state forest department has launched an animal ambulance, a specially designed vehicle for elephants at the Wayanad Wildlife Sanctuary, a paradise of wild jumbos in north Kerala.

A modified lorry, the 'ambulance' vehicle will be used mainly for the transportation of injured and tranquilised elephants for their translocation during the time of emergencies and to ferry 'kumkis' (domesticated elephants) from other places, department officials said.

A senior official said the vehicle is completely jumbo-friendly and expected to be a great help to bring down man-animal conflicts in the region.

"The modified vehicle has facilities like ropes and cranes to lift the animals. There is a special water facility to keep elephants cool during the time of transportation," P Dhanesh Kumar, WWS wildlife warden, told PTI.

"There is also special system in the vehicle to restrict mobility of jumbos. In the past, we had to use wooden poles to restrict their movements. The vehicle has also facilities to store food and medicines for the animal," he said.

The official said the vehicle could play a significant role in bringing down man-elephant conflicts in forest-fringe region of high range Wayanad. "We can easily bring domesticated elephants in this vehicle to drive away wild elephants which stray into  human settlements and play havoc," he said.

A part of Nilgiris Biosphere Reserve, the Wayanad wildlife Sanctuary is contiguous with Mudumalai Wild life Sanctuary of Tamil Nadu and Bandipur and Nagarahole National Park of Karnataka.

Forty-five species of mammals are reported in the area, which include six Western Ghats endemics. Of the 203 species of birds, 10 are endemics, six range restricted and five globally threatened species.