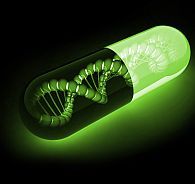 Scientists have developed a pill to prevent Delhi belly -- a condition that causes cramps, vomiting and diarrhoea due to intake of contaminated food and water -- in those travelling to India and other tropical countries.

Researchers at the University of Cambridge have produced a new vaccine that can be swallowed by travellers to help them fight the bacteria that causes the illness.

Delhi belly, or traveller's tummy, affects an estimated 10 million people each year and up to half of all international travellers suffer from it in some form. It is most common in India and other tropical countries, The Telegraph reported.

The new pill targets one of the main causes of the disease -- enterotoxigenic Escherichia coli. It will also offer protection against another travellers' disease -- typhoid.

Professor Nigel Slater, who has led the work at the University of Cambridge's department of chemical engineering and biotechnology, said they were planning to start clinical trials of the vaccine later this year.

"The vaccine we have produced is a powder so it is very stable and does not need to be kept in cold storage or carries any of the problems associated with needles," he said.

"It is currently targeting two main bacteria the E coli that causes Delhi belly and Salmonella that causes typhoid.

"If you were going away for a holiday or on business to India or another country where these diseases are known you would just need to swallow a capsule," he said.

The scientists have found that they can introduce a small segment of DNA into harmless Salmonella bacteria so they look like enterotoxigenic E coli to the immune system.

These bacteria can be grown in vessels to form a kind of slurry that can then be spray dried with hot gas to turn it into a powder.

This leaves the bacteria in suspended animation until it is dehydrated in the stomach after being swallowed by the patient.

To help protect the bacteria from the destructive acid and bile in the digestive system, it is mixed with a powdered resin similar to polystyrene and placed inside a gelatin pill capsule.

The resin absorbs the bile, allowing the bacteria to be rehydrated so it can then pass through the lining of the small intestine and induce an immune response.

"As we are creating immunity at the site where an infection from enterotoxigenic E coli would normally first occur - in the digestive system - it allows the immune system to be primed against it at the first line of defence," Slater said.

"This should make it more effective than traditional vaccines. We have had some promising results in trials in animals and we are now aiming to start clinical trials in humans later this year," he said.

The scientists, who are working with a drug company Prokarium to develop the vaccine, also hope to produce vaccines against other bacteria including Clostridium difficile.