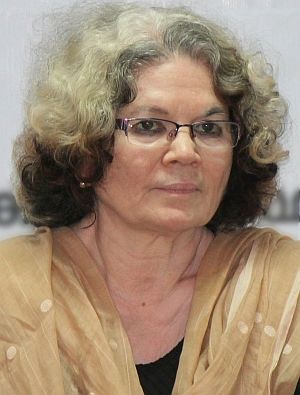 The announcement came on a day when noted Malayalam writers K Satchidanandan, P K Parakkadavu and K S Ravikumar quit their posts in the Akademi in protest against the murder of Kannada writer and rationalist M M Kalburgi in Dharwad.

Joseph, who won the prestigious honour for her novel ‘Aalahayude Penmakkal’ (Daughters of God the Father), said she would soon send the cash prize and plaque to the Akademi by courier.

“An alarming situation is being created in the country in all spheres of life after the Modi government came to power. The religious harmony and secularism of the country is unprecedentedly under threat,” she said from Thrissur.

She said three writers had already been killed and K S Bhagwan was facing threats from communal forces. But the Centre had done nothing to dispel the growing fear among writers, activists and people in other sections of society, she said.

“After the Dadri lynching, the Urdu writing community has been quite unhappy. Therefore, I decided to return the award. There are some other Urdu writers who also want to join the protest. It is high time we stood up to the injustice surrounding us,” Abbas added.

Abbas had in 2011 won the award for his third novel Khuda Ke Saaye Mein Aankh Micholi (Hide-and Seek in the Shadow of God).

Joining the group of writers registering their protest, Satchidanandan resigned from all committees of the Sahitya Akademi, saying the literary body had “failed” in its duty to stand with writers and uphold freedom of expression.

Satchidanandan was serving in the General Council, Executive Board and Financial Committee of the Akademi.

“I am sorry to observe that the Akademi has failed in its duty to stand with the writers and to uphold the freedom of expression guaranteed by the Constitution that seems to be getting violated everyday in the country,” the writer said.

“I had written to the Akademi when MM Kalburgi was killed earlier. They had held condolences in Bangalore but they should have done something nationally. There was no response to my request to pass a resolution,” Satchidanandan said.

Observing that the Sahitya Akademi was the “conscience keeper of the writing community”, he said the literary body should actively condemn the killing of Kalburgi.

Parakkadavu also said he would also resign from his Akademi membership.

Earlier this week, eminent writer Nayantara Sahgal and former Lalit Kala Akademi chairman Ashok Vajpeyi had returned their Sahitya Akademi Awards to protest the “assault on right to freedom of both life and expression” in “growing intolerance” in the country.

Noted Hindi writer Uday Prakash was the first to return his Sahitya Akademi award to protest Kalburgi’s murder. In his letter addressed to Tiwari, Daruwallah, a former IPS officer, said he was quite perturbed at the inexplicable silence of the Akademi regarding crimes against authors.

“Writers returning their awards, or resigning from positions in the Akademi, is something which has never been witnessed in the long history of the Akademi,” he said.

“A man has been murdered and the least we can do is to gather and first condole and second condemn the act,” Daruwallah said.

“The Akademi should question the motive behind the murder. Is it an attempt to silence the rational voices,” he asked.

Addressing Tiwari he wrote, “The letters from well-known writers and their dismay at the Akademi’s apathy to murder of writers is indeed something extremely alarming. It is astonishing that you are not sensitive to this issue.”

“Late Professor M M Kalburgi was a Sahitya Akademi award winner. He was murdered first thing in the morning on August 30. According to all the reports in papers that I have read, this was a murder of ideas that he held. Over a month has passed and the Akademi has not even held a Shok Sabha, condolence meeting in his honour. What does it say of the Akademi as an institution and of office bearers of this institution as upholders of our literary and cultural values?

“The Akademi must hold a meeting and condole with the family. What is even more important, writers should feel free to express their anger and views at this dastardly crime. It is not just the crime that is condemnable, but also the distorted and warped thought process behind the act that needs to be vilified by our fellow writers.

“I and other writers sincerely hope that you will stir the Akademi from its soporific stance and act. We need to fear no one in this matter,” he wrote. 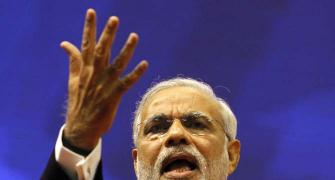 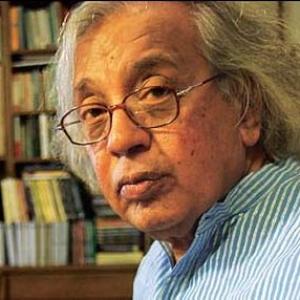