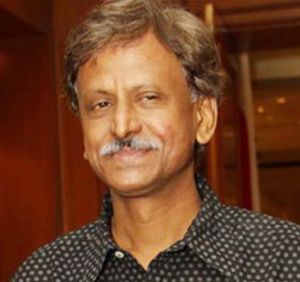 Tailang was under treatment for brain cancer since 2014 and breathed his last at his East Delhi residence in Mayur Vihar. He would have turned 56 on February 26 and is survived by his daughter and wife.

The cartoonist, who had worked in a number of newspapers including Hindustan Times, The Indian Express and Times of India, was admitted to Medanta Medicity hospital in Gurgaon in December but was brought home around a month ago.

“He was fighting brain cancer since 2014 very bravely. However, after last Diwali, he started keeping unwell and was admitted to MedantaHospital. We brought him home in mid-January when the doctors said there is nothing more they could do. He passed away at 1 pm today,” said Aditi, Tailang’s daughter.

Tailang, who was born in Rajasthan’s Bikaner on February 26, 1960 had his first cartoon published in a newspaper at the age of 10 in 1970. It was in 1982, when he got his first major break in Illustrated Weekly of India, Mumbai.

As a child, Tailang was fascinated by comics such as Tintin Phantom and Blondie which is known to have encouraged him to go for drawing cartoon.

In 1983, he joined the Navbharat Times in Delhi. For several years he was with the Hindustan Times and also worked for the Indian Express and The Times of India. Later, he worked for the Asian Age.

In 2009, he had come out with a book of cartoons titled “No, Prime Minister”, which carried cartoons on Manmohan Singh drawn during first stint of his prime ministership.

Congress President Sonia Gandhi condoled the passing away of noted political cartoonist. “Saddened at his untimely death, Gandhi said that his depiction of contemporary events through cartoons and fearless commitment to the right to artistic expression will be forever remembered.

Former Jammu and Kashmir Chief Minister Omar Abdullah also expressed grief over the passing away of Tailang. “Very sorry to hear about cartoonist Sudhir Tailang. Was a big fan of his tongue in cheek humour. May he rest in peace,” Omar tweeted.