Not successful in ensuring return of Kashmiri Pandits: Omar 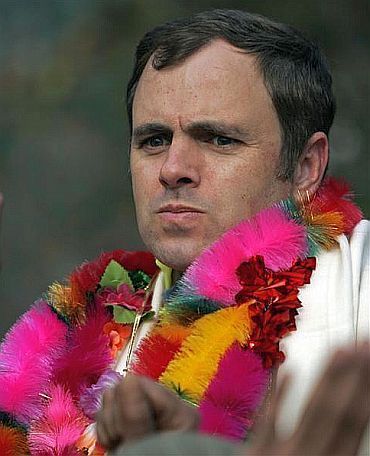 Jammu and Kashmir Chief Minister Omar Abdullah on Sunday expressed regret that his government had not been successful in ensuring return of Kashmiri Pandits to the Valley, and vowed to regenerate a "sense of security" among them so that they willingly go back to their homes.

At a youth convention of displaced Kashmir Pandits, the chief minister said "nobody can forcibly take you back to the KashmirValley", but "we (the people in the government) want to give you the sense of security."

"...you have left homes in lakhs. The return of 50 to 100 people that too on employment, cannot be called as return. We cannot pat our backs on that," Omar said, adding that "Kashmir is incomplete without Kashmiri Pandits".

"You (Kashmir Pandits) have been forced to leave the KashmirValley. Nobody can deny it. You were snatched of the sense of security (in Kashmir). Nobody can forcibly take you back to the valley," Omar said at the convention of the Youth All India Kashmiri Samaj (YAIKS) at Patta-Bohri in Jammu.

"...we can only give you a sense of security, and it is endeavour of me and my colleagues that we want to give you the sense of the security. But we have not been successful in this so far. The day I feel that I have done something with regard to it, I will feel I have the right for your honour of a traditional cap," he said.

Omar was replying to the demands of the return of the Pandits to the Valley, the passage of Kashmiri shrines and temples bill in the Assembly, and an employment package for them, as raised by YAIKS chief R K Bhat.

The Chief Minister said consensus in taking such a decision is very difficult and the majority view should be the guiding principle in this regard.

"We always keep saying that Kashmir is incomplete without Kashmiri Pandits. Well said Nasir Aslam Wani (NC leader) that a garden is not a garden which does not have different kinds of flowers..." Omar said.

To prove his point, Omar said, "In Srinagar's TulipGarden, there is only one type of flower. There are tulips in March and from April it is closed and rest of the year, nobody comes there. Compare it with Shalimar, Nishat, Chashma Shahee and other Mughal gardens, where there are tulips, roses, and other kinds of flowers...there is beauty with mountains in background. This is the situation of the KashmirValley."

"People of your community keep coming but that vacuum could not be filled," he said. By the return of a few with jobs the process has not begun. "...you have left homes in lakhs. The return of 50 to 100 people that too on employment, cannot be called as return. We cannot pat our backs on that."

"The real return of Kashmiri Pandits to the Valley will start once they as per their wish will return to those areas from where they had left 25 years ago, and I will accept that it is real start of their return and rehabilitation," he said.

Omar said he would try to create palatable environments for their dignified and honourable return to their native land. He also said he would intensify his efforts to seek better and more socio-economic packages from the Centre for the safe and secure return of Kashmiri Pandits.

"I will do whatever possible to improve the basic amenities being provided to Kashmiri Pandits at various migrant camps in Jammu," he said.

The chief minister said the Kashmiri Pandits left their native land as their sense of security was lost in the valley during militancy.

"We have to work to make them regain this sense and create safe and secure atmosphere for them to return willingly," he said. Omar said the genuine leaders of the displaced Kashmiri Pandits who lived as migrants and fought for their justice were their real well-wishers and friends, but not those who had not experience the sting and mental trauma the community had undergone and had come from outside the state to give them sermons without sharing their difficulties. 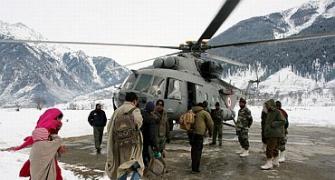