As the rains flood Mumbai, disrupting the flow of life and the momentum of traffic in the city that never sleeps, Mumbaikars will be relieved to know that the Powai lake, which supplies some of the city's water needs, is overflowing. IMAGE: The artificial lake built in 1890 in the city's north eastern suburbs, close to IIT-Bombay, has a storage capacity of 5,450 million litres, according to a BMC tweet. All photographs: Sahil Salvi 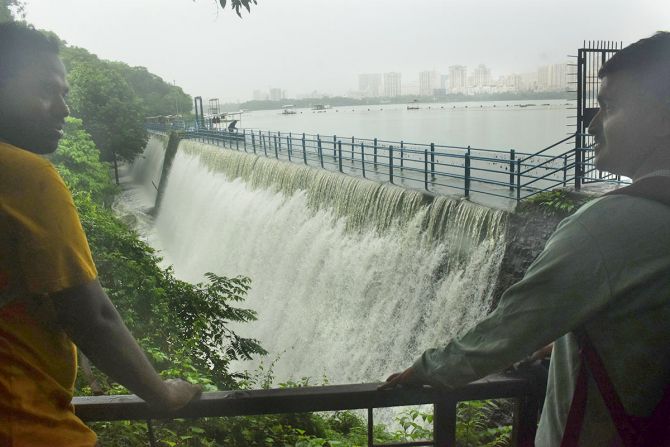 IMAGE: The water from the Powai lake is not potable; it is mainly used for industrial purposes according to the BMC.