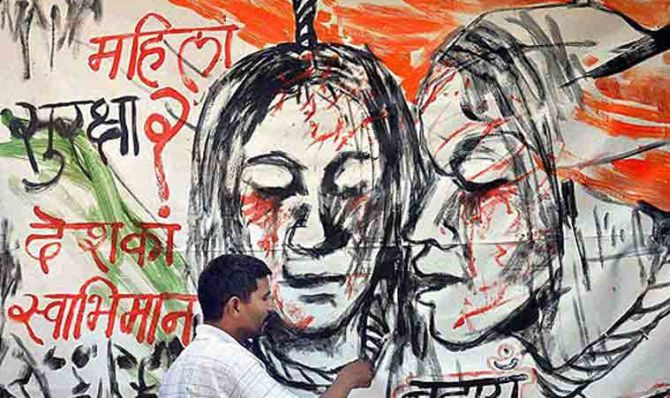 A BPO employee was allegedly abducted from near the Golf Course metro station in Noida, gang-raped in a moving car and then dumped near the Akshardham temple in Delhi, the police said on Saturday.

The victim contacted the Delhi police after which she was brought to Noida and a first information report was lodged at Sector 39 police station.

"An FIR has been lodged and the victim has been sent for medical examination," Assistant Superintendent of Police Abhinandan said.

The incident is reminiscent of the December 2012 'Nirbhaya', case in which a girl was gang raped in a moving bus, that triggered a nation-wide outrage and several other shocking crimes that point to the vulnerability of women in the National Capital Region.

According to police officials, the woman was waiting for a cab near the Golf Course metro station when a Scorpio car stopped near her.

"The occupants of the car asked for directions towards a particular location. As she was responding to their query, the men pulled her into the vehicle and drove away," an official said.

The men allegedly raped her and then dumped her near the Akshardham temple in Delhi, he added.