No truth in Ranas' charge of ill-treatment by police: Maharashtra home minister

Maharashtra Home Minister Dilip Walse-Patil on Tuesday denied Independent MP Navneet Rana's accusation that she was ill-treated in police custody after her and her husband's arrest on Saturday.

Lok Sabha Speaker Om Birla has sought information about the accusations and it will be provided, he added.

In a letter to the Lok Sabha speaker, Navneet Rana had alleged that she was ill-treated on account of her caste and not given even water at the Khar police station.

After the police earlier in the day released a video showing her drinking tea at the police station, her lawyer said the incident took place at Santacruz police station and not at Khar station.

"I personally sought information about the accusations of Lok Sabha member Navneet Rana that she was ill-treated by the police officials because she belongs to a lower caste," Walse-Patil told reporters.

"I did not find any evidence backing her allegations. It is a fact that no such incident has taken place in the police station," the minister added.

Action was taken against the Rana couple "within the legal frame", he said, adding that he would not comment further as Navneet Rana has approached Lok Sabha Speaker Om Birla over the issue.

"He (speaker) has sought information from us and we will send it," Walse-Patil added.

On the grant of permission for Maharashtra Navnirman Sena chief Raj Thackeray's rally in Aurangabad on May 1, the home minister said a decision will be taken in the next couple of days.

"The decision on whether to grant permission will be taken by the local police commissioner and not the state government," he added.

Navneet Rana and her MLA husband Ravi Rana were arrested on Saturday after they announced that they would recite the Hanuman Chalisa outside Chief Minister and Shiv Sena president Uddhav Thackeray's private residence 'Matoshree' in Mumbai. The announcement triggered an angry reaction from Sena workers.

The couple later backed out, citing Prime Minister Narendra Modi's visit to Mumbai the next day.

The lawmaker couple, now booked for sedition besides other charges, is currently in judicial custody. 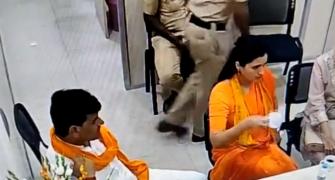 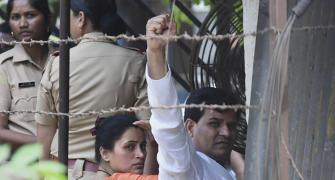 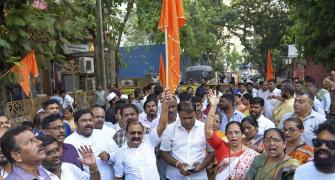 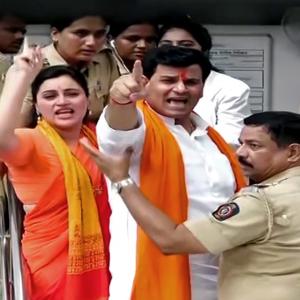 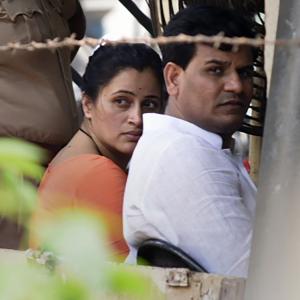