No opposition for bail to cash-for-vote scam accused: Police

The Delhi police on Monday did not oppose the bail petitions of the five jailed accused in the 2008 cash-for-vote case, including two former Bharatiya Janata Party Members of Parliament and L K Advani's former aide Sudheendra Kulkarni, besides the anticipatory bail plea of a party MP in the Delhi high court.

Justice M L Mehta reserved the order on the pleas of the six accused till November 16.

"The honourable court may consider granting bail to all the six accused who have filed their bail applications in the court," Delhi police counsel Pawan Sharma told the high court during the hearing of the bail pleas of the five jailed accused and the anticipatory bail plea of BJP MP Ashok Argal.

Justice Mehta will on Tuesday hear the anticipatory bail plea of Samajwadi Party leader Rewati Raman Singh, who was summoned as an accused by the trial court judge recently.

During the hearing, the counsel for Delhi police said the probe into the case was over and custodial interrogation of none of the accused was required.

Ashok Argal, who has moved the high court for anticipatory bail, was earlier granted exemption by it from appearing before the trial court, which had summoned him in response to a Delhi police charge sheet indicting him for his alleged role in the case.

Rajya Sabha MP Amar Singh, who is also an accused in the case, has already been granted bail by the high court on health grounds.

The trial court had on October 21 dismissed the bail pleas of Kulkarni, Bhagora and Kulaste.

Kulkarni, who is in jail since September 27, has appealed against the trial court's order which had rejected his bail plea saying he was the "guiding star" and "facilitator" of the conspiracy aimed at mocking the Republic of India.

Kulkarni, in his petition, had claimed that he, along with the BJP MPs, got involved in the sting operation conducted by a private news channel only to expose the "horse trading" that was going on to save the then UPA-I government in the trust vote in Lok Sabha on July 22, 2008.

Kulkarni has been chargesheeted under section 120-B (criminal conspiracy) of the IPC and provisions of Prevention of Corruption Act.

Kulaste, who was arrested on September 6 along with Bhagora and Amar Singh, in his petition had questioned the probe and had said that he was entitled to bail as the investigation in the case was "tainted."

The trial court had also rejected bail to Hindustani on September 29 and Saxena, who was arrested on July 17. 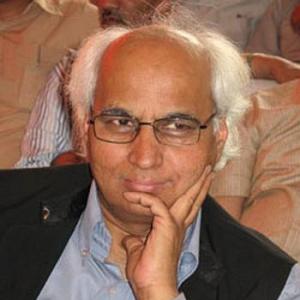