No LTTE camps in India: Chidambaram

The Centre on Tuesday termed as "completely baseless" a Sri Lankan newspaper report about existence of Liberation Tigers of Tamil Eelam camps in Tamil Nadu, saying there was no such facility anywhere in the country.

"It is completely baseless. There is no LTTE camp anywhere in India, including Tamil Nadu," Home Minister P Chidambaram told a press conference in New Delhi.

e was responding to a question on a Sri Lankan media report that three LTTE camps exist in Tamil Nadu which reportedly trained 150 cadres of the banned outfit. The Tamil Nadu Government had yesterday refuted the media report.

On the issue of Indian fishermen being allegedly attacked off Sri Lankan waters, the Home Minister said talks were on in this regard at two levels -- between the governments of India and Sri Lanka and between fishermen of both countries.

He said the Tamil Nadu Government is being kept in the loop on the talks between the two countries. "A draft agreement was prepared about one-and-a-half years ago and the contours of the agreement were that the fishermen could possibly resolve the issue," he said.

As per the draft, fishermen from India go right up to the coast of Sri Lanka on particular days but there are "one or two" elements in Sri Lanka which are in the way.

"I hope we can get over the obstacle and find a solution," he said.

The Indian government and Sri Lanka will also facilitate talks between fishermen, he said and added that he was closely following the issue. 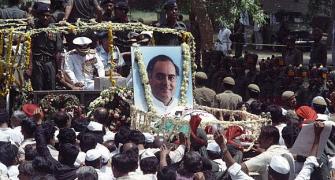 'Bounty on Lashkar chief will put pressure on Pak' 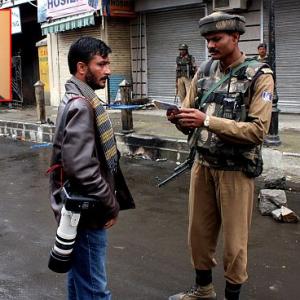 'AFSPA gives politicians the licence to do dirty work'