News
Business
Movies
Sports
Cricket
Get Ahead
Money Tips
Shopping
Sign in  |  Create a Rediffmail account
Rediff.com  » News » No foreign entity has right to comment on India: Govt on US religious rights report

No foreign entity has right to comment on India: Govt on US religious rights report

No foreign entity or government has any locus standi to comment on the fundamental rights of Indian citizens, the government said on Thursday, rejecting a report by the US state department on the alleged curtailment of religious freedom in India. Replying to a question in the Rajya Sabha on the International Religious Freedom Report, 2021, Minister of State for External Affairs V Muraleedharan said it reflected a lack of understanding of India, its constitutional framework, plurality and democratic ethos.

Days after the report was released, the ministry of external affairs on June 3 trashed the criticism against India and instead expressed concerns over racially motivated attacks, hate crimes and gun violence in the US.

In his comments, Muraleedharan also said that the government is "fully committed" to the rights of Indian citizens enshrined in the Constitution and the laws.

"The comments on India in this year's report reflect a lack of understanding of India and its constitutional framework, plurality and democratic ethos, and misrepresent facts," Muraleedharan said.

"In any case, no foreign entity or government has any locus standi to pronounce on our citizens' fundamental rights," he said.

The annual report alleged that attacks on members of the minority communities, including killings, assaults, and intimidation, took place throughout 2021 in India.

"India is a naturally vibrant and pluralistic society, where the Constitution provides for freedom of religion, and where democratic governance and rule of law further promote and protect fundamental rights," Muraleedharan said.

To a separate question, he said two Afghan nationals, including an Afghan Sikh community member, lost their lives in the terrorist attack on Gurdwara Dashmesh Pita Sahib Shri Gobind Singh Sahib in Kabul on June 18.

"In order to facilitate the evacuation of Afghan Sikhs and Hindus, the government of India has been providing e-visas since August 2021," he said. 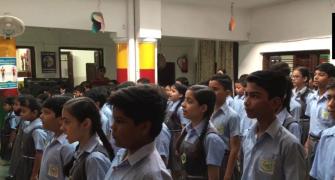 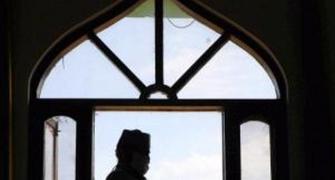 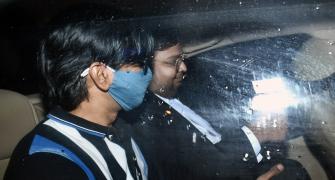 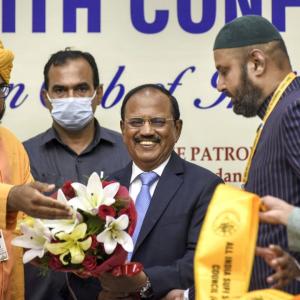 No place for hate against any religion in India: Doval