No copyright exists on the title of literary work: SC 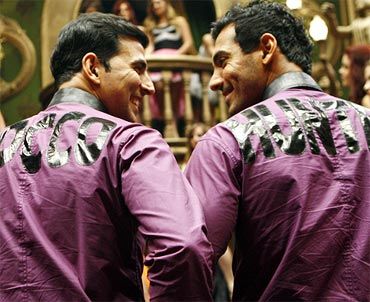 The Supreme Court has held that no copyright exists on the "title" of a literary work while quashing a criminal case against the producer of a Bollywood movie.

A bench comprising justices M B Lokur and S A Bobde passed the order on an appeal filed by Krishika Lulla and others against an order of the Bombay high court which had refused to quash a complaint filed by writer Shyam Vithalrao Devkatta.

"No copyright subsists in the title of a literary work and a plaintiff or a complainant is not entitled to relief on such basis except in an action for passing off or in respect of a registered trademark comprising such titles.

"In the present case we find that there is no copyright in the title 'Desi Boys' and thus no question of its infringement arises. The prosecution based on allegations of infringement of copyright in such a title is untenable," the bench said.

Devkatta had claimed copyright in a synopsis of a story written by him with the title "Desi Boys". According to him, he got the synopsis of "Desi Boys" registered with the Film Writers Association in 2008.

Later, he mailed the concept of the story in the form of a synopsis when one of his friends asked him for his help. His friend, Ramesh Bhatnagar, forwarded the story, terming it "just an idea" by email to Ahsan Sagar on October 15, 2009.

What was forwarded was apparently the same short synopsis of the concept with the title "Desi Boys".

He also stated that he has not seen the film and he cannot say whether a part of the story of the film written by   him has also been infringed.

Image: A still from Desi Boyz