Earlier, a row erupted after Surya said the court functioned virtually, but asked students to appear for NEET, prompting a Madras high court judge and an advocates associaton to seek contempt action against him, while six former judges took a stand against it.

On Friday, a bench, comprising Chief Justice AP Sahi and J Senthilkumar Ramamoorthy, concurred with the Advocate General Vijay Narayan who declined to give consent to initiate contempt proceedings against the actor.

"This matter, therefore, in our judicious discretion does not deserve to be pursued further and we entirely agree with the opinion expressed by the learned Advocate General," the bench observed.

Surya, while pointing out at the alleged suicides of three medical aspirants on a single day last week, had said"... the court, that rendered justice through video conferencing, ordered students to sit for examination without fear."

Justice S M Subramaniam, in a letter to Chief Justice Sahi, had said the statement "amounts to contempt of
court as the integrity and devotion of the honourable judges as well as the judicial system of our great nation are not only undermined but criticised in a bad shape, wherein there is threat for the public confidence on the judiciary."

Surya "committed contempt, warranting contempt proceedings to uphold the majesty of our Indian judicial
system," the Judge had said.

However, six former Judges of the Madras high court, in a letter to the chief justice, said contempt action, as requested by the judge, was not required.

The court on Friday cited the various initiatives taken by the judiciary during the pandemic to hold hearings, initially through video conferencing and later physical ones, and said the Madras high court Principal seat here and the Madurai bench have disposed of over 42,000 cases between March 26 and September 15.

"Having disclosed the above data, we only wish to point out that the Judiciary was not sitting idle and was itself on trial during this pandemic, where the judges of the high court, of the Subordinate Judiciary, the entire staff and all stakeholders have served to the best of the capacity of the institution."

"This is not self-praise, but to state our humble performance of duty," the court said.

On Surya's comments, the court said, "we have also perused the contents of the statement of the cine actor disclosed in the letter of the learned Judge, his opinion..."

"A reasonable precaution has to be taken in matters of public affairs, particularly courts, judges and their functioning, where fair and temperate criticism should not be contemptuous," the bench said.

It said Surya's utterances may have been absolutely unnecessary or even unwarranted, for being ignorant of the manner in which the entire judiciary of the state has served the interest of its citizens during this pandemic.

Any such statement could have been avoided in a much more sober way, instead of an accusing tone, "which though trivial in nature has raised a storm in a tea cup," the judges noted.

"A person in public life enjoys a position because of the responsibility with which he conducts himself and not by making other human activities look small for perceptibly no valid reason, but we would not say anything further, as we find that the NEET examinations and the dispute around it was not even a subject matter of the courts in the State of Tamil Nadu."

"A self-righteous person should himself be humble enough to acknowledge the contribution of others," the bench said.

NEET has not found favour with Tamil Nadu political parties, with the suicide of four students last week -- three of them on a single day -- prompting them to intensify their demand for its withdrawal. 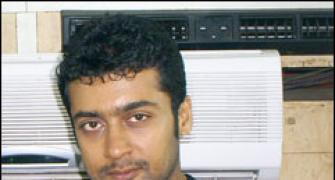 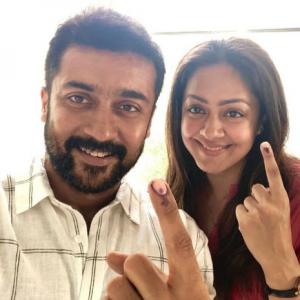 Why bhakts should go easy on criticising actor Suriya 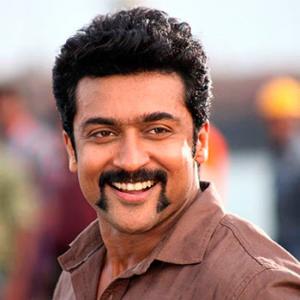 Quiz: How well do you know Suriya?