No connection to his business: Nath on nephew's arrest

Madhya Pradesh Chief Minister Kamal Nath on Tuesday dubbed the arrest of his nephew Ratul Puri in a money laundering case as "action with malicious intention", even as the Bharatiya Janata Party said the Enforcement Directorate's move was based on its investigation. 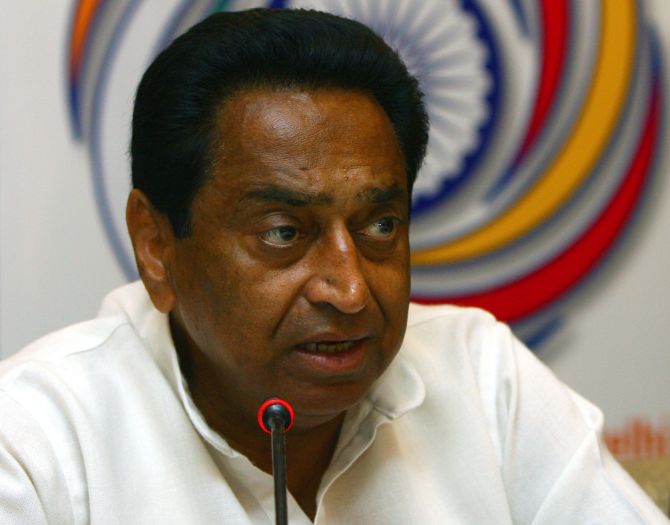 Accusing the Union government of using the central agencies to target leaders like former finance minister P Chidambaram and others, Nath expressed hope that the court will take a right decision in the case.

Puri, a businessman, was arrested late Monday night by the Enforcement Directorate under provisions of the Prevention of Money Laundering Act after he appeared
before the central probe agency in New Delhi.

He was arrested by the ED in a fresh case of money laundering linked to an alleged Rs 354 crore bank loan fraud case.

Reacting to it, Nath said, "I have no connection with their (Puri's) business. But, I think the arrest appears to be an action take with malicious intention."

"It is sad that all the agencies are being misused for political purpose," he told reporters on the sidelines of a programme organised here to mark former prime minister Rajiv Gandhi's birth anniversary.

Nath was asked a question about Puri's arrest.

Accusing the Centre of using its agencies to target leaders like Chidambaram, others and industrialists, the chief minister said, "I don't bother about anything."

The ED has summoned Chidambaram in connection with its money laundering probe into alleged aviation related financial irregularities during the United Progressive Alliance dispensation.

Meanwhile, the BJP said the action against Puri by the ED was based on its probe in the case.

"The ED took action on the basis of its investigation. It is clear that the people involved in plundering the country's money would not be allowed to go scot-free,
irrespective of whom they are linked to," state BJP spokesman Rajnish Agrawal said.