No communication from Army chief over date of birth: Army

Amid a controversy over Army Chief General V K Singh's age, the Army has said no communication was received from him for making any alteration in his date of birth.

Responding to a Right To Information application seeking to ascertain details of the date of birth records of Gen Singh, the Army provided a response received from Adjutant General branch which said that as per records his date of birth is May 10, 1951.

"As per records maintained in the AG's branch, the officer has never written for any alteration," Integrated Headquarters of Defence Ministry (Army) replied to a question seeking to know if Singh had "ever written" for alteration in his date of birth records because of a wrong entry.

According to some reports, Singh is said to have a written number of letters to the then Army Chief General Deepak Kapoor and the then Military Secretary Lt Gen  Avadhesh Prakash for reconciliation of different dates of birth mentioned in the records.

The RTI application which was filed on March 28, before the controversy over the date of birth of army chief erupted, had also sought to know file notings on the communications received from Gen Singh in connection with alleged two records of the date of birth maintained in two different branches of the force.

"The date of birth as recorded at the time of commission of the officer is May 10, 1951. No correction to the same has been effected in our records," the reply said. The Army chief's date of birth varied in the records of the Adjutant General's and Military Secretary's branches.

The Army in response to RTI application gave only the Adjutant General's records but did not make public controversial records of MS branch where the alleged error took place.

As per the rules, an Army chief can serve for three years or up to the age of 62, whichever is earlier. The issue of date of birth also has bearing over his successor.

If he retires in June 2012, Lt Gen Bikram Singh will be the most-likely successor and if he gets an extension as per AG branch record, Lt Gen K T Parnaik would be the likely successor. 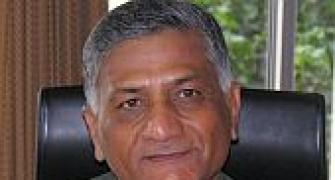 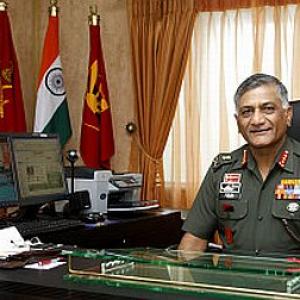