Congress leader Rahul Gandhi on Sunday said 75 years ago the country showed the whole world the strength of walking on the path of truth and non-violence and the party remembered the sacrifice of freedom fighters by taking out an "Azadi Gaurav March". 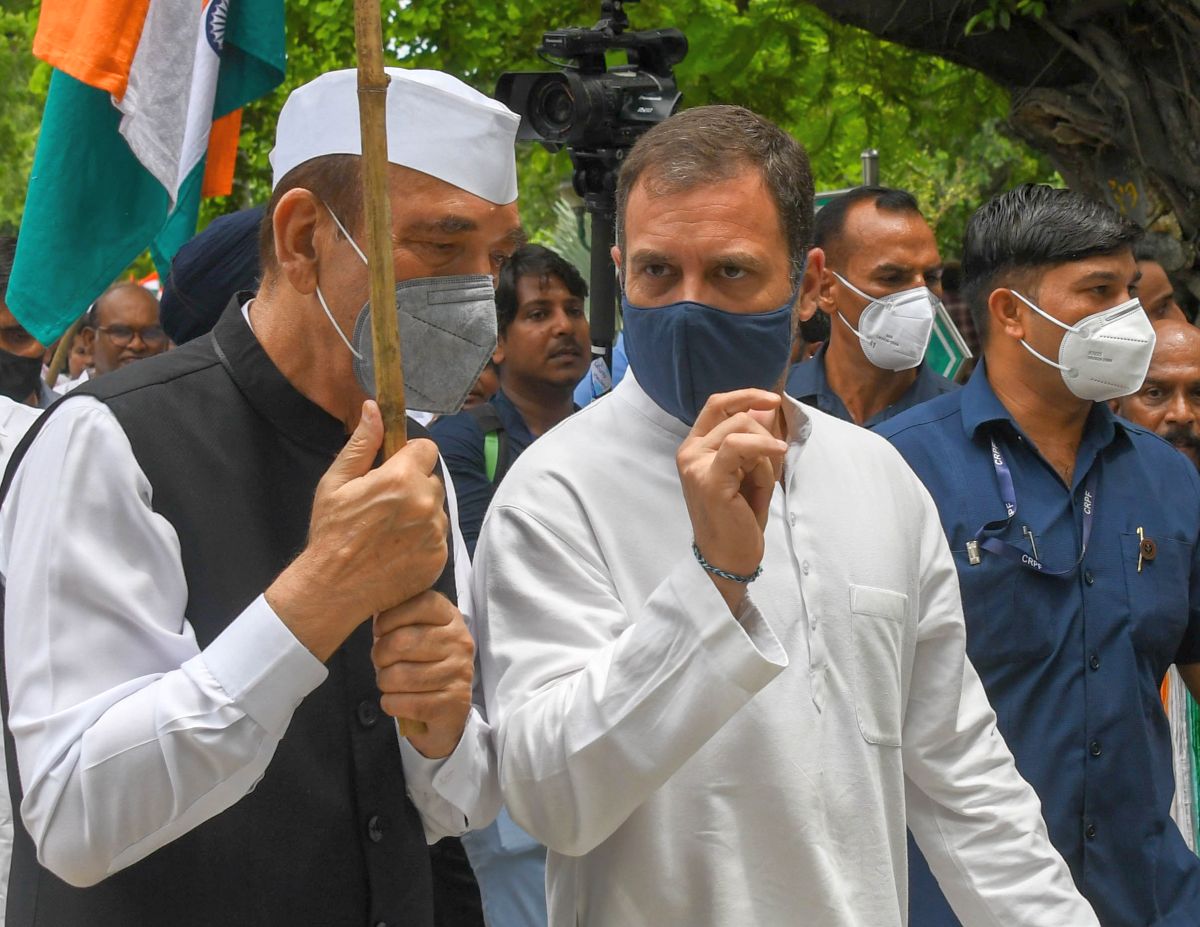 Asked about Prime Minister Narendra Modi's remarks about nepotism and dynasty in his Independence Day speech, Gandhi said he would not make a comment on these things. He wished everyone on India's 76th Independence Day.

The Congress leaders took out a march from the party headquarters to Gandhi Smriti on Tees January Road as part of its Azadi Gaurav Yatra. Rahul Gandhi, Priyanka Gandhi Vadra, Ambika Soni, Ghulam Nabi Azad, Anand Sharma, and K C Venugopal among others attended the march.

Later, in a Facebook post in Hindi, Gandhi said the Congress took out an 'Azadi Gaurav March' on the auspicious occasion of Independence Day.

"75 years ago our country showed the whole world the strength of walking on the path of truth and non-violence. Today, we are remembering the sacrifice of all freedom fighters by taking out an 'Azadi Gaurav March' with our Congress family," he said.

Gandhi also paid homage to Mahatma Gandhi on Tees January Road at the place where he was killed.

Earlier, in a tweet, Gandhi shared a quote on Twitter from the country's first prime minister Jawaharlal Nehru's 'Tryst with Destiny' speech and posted a montage of pictures highlighting India's rich cultural tradition.

"'To India, our much-loved motherland, the ancient, the eternal and the ever-new, we pay our reverent homage and we bind ourselves afresh to her service.' Happy Independence Day! Jai Hind," Gandhi tweeted.