No black money in Swiss banks: Rahul's jibe at PM 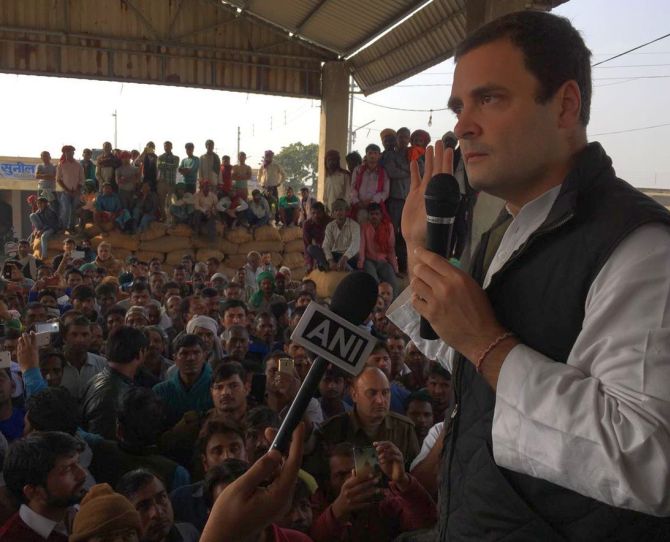 Congress president Rahul Gandhi on Friday took a swipe at Narendra Modi over the rise in Indian money in Swiss banks, alleging that the prime minister says a 50-per cent jump in deposits by Indians is 'white money' and that there is no 'black money'.

'2016, HE said: Demonetisation will cure India of 'BLACK' money.

The Congress also targeted the prime minister over his government's claims of putting a clampdown on back money and said Swiss bank deposits during the United Progressive Alliance had fallen and the same has risen by 50 per cent under the Modi government.

'Swiss Bank deposits fell during Dr Manmohan Singh's time, only to rise to record levels under PM Modi. The current increase of 50.2 pc post demonetisation, is the maximum since 2004,' the party said on its Twitter handle.

According to the official annual data released by Swiss National Bank (SNB), the central banking authority of the Alpine nation, the total funds held by all foreign clients of Swiss banks rose about 3 per cent to CHF 1.46 trillion or about Rs 100 lakh crore in 2017.