The Jawaharlal Nehru University and the Delhi police were on Wednesday ordered by the high court to ensure that no beef and pork food festival is held in the central university campus.

"The JNU and Delhi Police are directed to ensure that no such beef and pork festival takes place on September 28 or in future," a bench of Acting Chief Justice A K Sikri and Justice Rajiv Sahai Endlaw said.

The court order came on a plea by a registered society, Rashtriya Goraksha Sena, seeking directions to JNU and other authorities to enforce the law and prevent the organisers from holding the scheduled beef and pork festival in JNU campus.

Appearing for the Centre, Additional Solicitor General (ASG) Rajeev Mehra placed on record a circular issued by the JNU registrar, warning students against the possession, consumption or cooking of beef on campus, pointing to the Delhi Agricultural Cattle Prevention Act that prohibits cow slaughter.

Petitioner's counsel Vimal Wadhwan argued that no action was taken against the students who have announced to organise the food festival in violation of the Act.

"As per the Delhi Agricultural Cattle Prevention Act, 1994 there is provision for five years of imprisonment and Rs 10,000 as fine for storing or serving beef," the counsel said.

The petitioner society had sought the court's direction "to authorities not to permit serving of beef or pork or anything which will hurt the religious sentiments of the people in general".

JNU counsel informed the court that on September 17 a copy of the circular had been handed over to Anup Singh, one of the students who had planned to organise the festival. 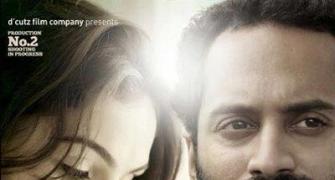