Bihar chief minister Nitish Kumar on Thursday said his recent "last election" remarks were misinterpreted and this year's election was not his last. 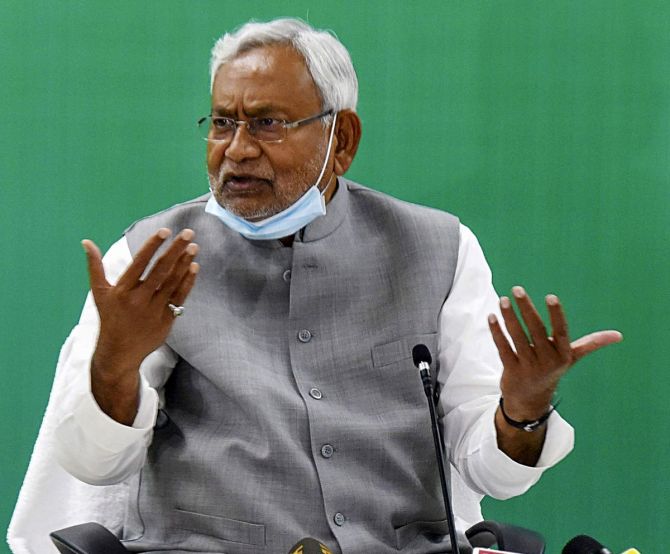 "I did not talk about retirement. In the last meeting, I always say the same thing at the last rally in every election that 'ant bhala to sab bhala' (all is well that ends well). If you listen to speech back and forth, everything will be clear," the chief minister said while interacting with mediapersons in Patna for the first time after results for the assembly polls were declared.

On being asked who will be the next chief minister, Kumar replied, "I have made no claim and the decision for the same will be taken by the NDA. The decision on date of swearing-in after an informal meeting with NDA partners tomorrow."

On Chirag Paswan's Lok Janshakti Party, which has been blamed for JD-U's low tally, Nitish said,"If some action is to be taken (against LJP), the BJP has to take it. It's for the BJP to decide whether or not the LJP should be retained in the NDA."

Quashing reports that he may be sworn in next week, Kumar said, "It is not decided yet when the oath-taking ceremony will take place, whether after Diwali or Chhath Puja. We are analysing the results of this election. The members of all four parties in NDA will meet tomorrow."

Nitish Kumar said that the NDA will be forming the new government in Bihar as people have given it the mandate.

The JD-U has returned with a tally of 43 seats, down from 71 in 2015 when he contested assembly polls in alliance with the RJD and the Congress.

In contrast, the BJP, which was hitherto a junior alliance partner, won 74 seats.